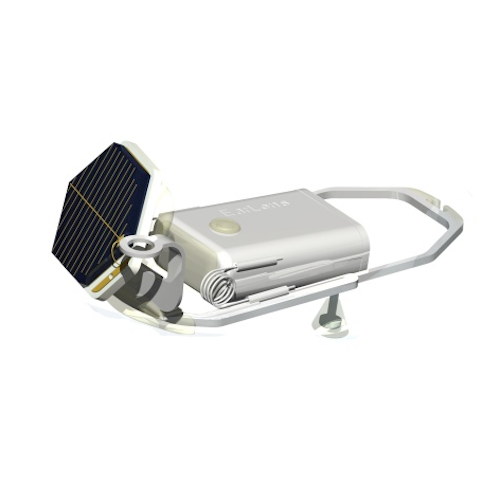 About the EarLens Light-Driven

The EarLens Contact Hearing Device is a radically different type of hearing aid that uses light, and an eardrum vibration lens - rather than amplified sound - to move the eardrum.

The microphone for the EarLens is fitted inside the earcanal, along with a light emitting diode. This allows the EarLens microphone to pick up sound from a very natural position (as close to the eardrum as possible), which overcomes the need for a directional microphone. As described in the Features and Benefits section below, sound coming from the front of the listener is naturally amplified by the outer ear (pinna), so picking sound up inside the earcanal is the best place to pick up sound (to be amplified). Background: When people have a conversation, they usually face each other, so sound from the front is considered the most important.

Importantly, the earcanal is left completely open with the EarLens system. This alleviates any sense of "blocked ears" which might accompany traditional (non-open-fitting) hearing aids. One of the consequences of open-fitting hearing aids typically is excessive acoustic feedback. The EarLens system is less susceptible to this issue, since there isn't a speaker emitting very loud sound in close proximity to the speaker.  Another consequence of open-fitting hearing aids is reduced low-frequency amplification (less low pitch boost). This is due to the leakage of lower pitch sounds through the open canal, and the difficulty of producing low-pitch sound using tiny hearing aid speakers. The EarLens system is not susceptible to these issues since the eardrum is vibrating directly with lower frequency vibrations (~200Hz).

See also: How much does EarLens cost?

Introduction to the EarLens

This animation, produced by EarLens, shows the basic components of the EarLens hearing system in action.

When a local clinic creates a deal for a pair of hearing aids on Hearing Tracker, we ask them to provide their typical retail price for in addition to their offer price. In order to create an average retail price, we take the average of these advertiser-inputted retail prices (across all local clinics throughout the United States).

When viewing average retail prices, or percent-off figures, we recommend you keep a couple things in mind. First, retail prices vary regionally. So, average retail prices shown may be higher or lower than what is realistic in your region. Second, retail prices stated by local clinics are the prices that would normally be charged for a pair of hearing aids with a standard service and warranty package. So, when looking at percent-off figures, keep in mind that the baseline retail average for these figures may be a set of prices that offer more (or less) than what is being offered in a given deal.