I’ve had a very good experience with this practice. Dr. Amanda Reed was very patient, very understanding and knowledgeable. She wants to find the best solution that fits the patient’s needs. I highly recommend this practice and specifically Amanda

I went in and they took very good care of me. They were professional and explained what they were doing each step of the way. They helped me put into perspective what they could and couldn't do to fix my vertigo. And if I ever have a problem with my ears I'm going back because they know that a patient is a person first.

After putting off addressing my hearing loss, I finally set up an appointment with Dr Reed at Live Better. I'm glad I did. I have had my hearing aids for about 4 days but the difference in my hearing is dramatic. I would say my hearing is almost 100%, something I didn't expect---I thought there would be some trade offs. The added benefit of Blue Tooth hearing aids is an added benefit because I can listen to my iPad or answer and talk through my hearing aids because they are paired with my cell phone. All in All a great experience---Dr. Reed is patient and gives you all the time you need to feel comfortable with every aspect of addressing hearing loss. Don't hesitate to make an appointment.

Wonderful staff and providers. Very organized, friendly, accommodating, efficient, and excellent at educating their patients. I am definitely glad that I chose this facility for my son's hearing assessment!

At the heart of Live Better Hearing’s focus and purpose are its founders and owners, Drs. Ross and Jenifer Cushing. Drs. Ross & Jenifer Cushing met at the University of Buffalo while working on their doctorates in audiology. As students, both Ross and Jen knew that when they graduated they wanted to create a practice that put people first, and fate brought them together to do just that – as a husband and wife team. As business leaders and owners, Ross and Jen remain resolute and tenacious in their mission of helping people live better lives through the experience of better hearing. In addition to ensuring Live Better Hearing and the nonprofit organization Live Better Foundation remains committed to its goal of helping others, Ross and Jen have three beautiful children and live happily in Maryland. 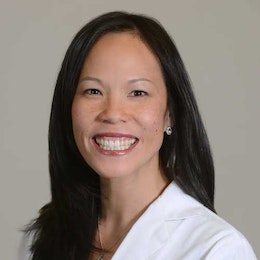 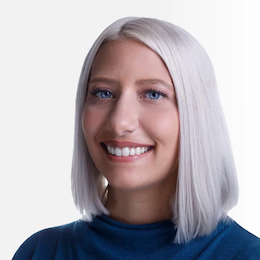 Ashly Wilcox is an audiology resident at Live Better Hearing + Balance from Central Michigan University. Ashly chose Audiology because she's always had a passion for helping others. She loves that audiology allows her to get to know patients on an individual level. It also gives her opportunities to think "out of the box" when it comes to problem-solving and finding a solution that best fits someone's life. She is an avid lover of learning. When it comes to Audiology, the profession is continually improving and growing, which allows her to do the same. Her capstone project was a research study that consisted of researching the Effect Varying Signal to Noise Ratios and Reverberation Times has on a Listeners' Speech Perception with a Mild to Severe Sensorineural Hearing Loss. She received a research grant, the Herbert H. & Grace A. Dow College of Health Professions Student Grant, to fund her research.

In her free time, she loves to sew, knit, and crochet along with playing with her bearded dragon, Mushu. She also likes to hike. 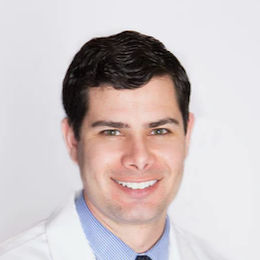 Brandon Adawi is a Hearing Instrument Specialist at our location in Frederick, Maryland. Originally from California, he earned his Bachelor's Degree in Communic...

Brandon Adawi is a Hearing Instrument Specialist at our location in Frederick, Maryland. Originally from California, he earned his Bachelor's Degree in Communications at Brigham Young University in Idaho in 2013.

Brandon became interested in hearing aids when he happened upon a booth at a career fair. He was hired as a trainee and underwent a rigorous apprenticeship program in the Chicago area, learning the skills that would launch his career. After completing his apprenticeship, he became a Hearing Instrument Specialist, relocated to be closer to his wife’s family, and is currently licensed to dispense hearing aids in Maryland. This license primarily focuses on hearing testing and hearing aid fitting, which is specialized enough to allow him to hone his craft daily.

Brandon has always loved staying informed about the latest consumer electronics and has carried that interest to the constantly updating world of hearing aids. When contemplating the evolving industry, Brandon recalls a quote by Kevin Kelly, the founding editor of Wired magazine: "Embrace things rather than try and fight them. Work with things rather than try and run from them or prohibit them."

Brandon is an avid consumer of audiobooks, powering through them during his daily commute from his West Virginia home. He finds his "why" in the following passage by Atul Gawande from the book "Being Mortal: Medicine and What Matters in the End:"

“You become a [provider] for what you imagine to be the satisfaction of the work. And that turns out to be the satisfaction of competence… It comes partly from being helpful to others. But it also comes from being technically skilled and able to solve difficult, intricate problems. Your competence gives you a secure sense of identity. For a clinician therefore, nothing is more threatening to who you think you are than a patient with a problem you cannot solve.”

He finds a sense of personal pride in fitting hearing aids correctly, especially in the more complicated cases where some others might take shortcuts. He prides himself on his expertise at using silicone material to take ear impressions, an often overlooked yet important skill which requires confidence and precision and allows the most comfortable and precise fit for better sound quality. He has also trained other professionals in taking flawless impressions.

When he is not at the office, he's often thinking about work but he also loves spending time with his wife and three young sons. 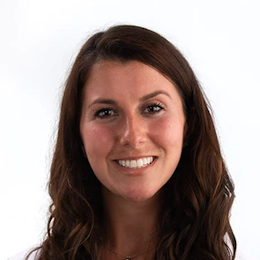 Dr. Amanda Reed is an Audiologist at our offices in Frederick and Pikesville, Maryland. She is originally from East Meadow, New York and she earned her Bachelor...

Dr. Amanda Reed is an Audiologist at our offices in Frederick and Pikesville, Maryland. She is originally from East Meadow, New York and she earned her Bachelor’s Degree in Communication Sciences and Disorders from East Stroudsburg University in Pennsylvania, where she also played Division II softball.

After that, she went on to pursue her doctorate degree at Towson University, eventually joining Live Better Hearing as a doctoral resident before graduating and becoming a full-time audiologist at our practice. Her clinical rotations also included Maryland School for the Deaf, Chesapeake Ear, Nose, and Throat Physicians, and St. Agnes Hospital. Her doctoral thesis, “Simulation Techniques in Audiology Education,” concentrated on the effectiveness of simulators to train student clinicians, specifically in the field of audiology.

Dr. Reed specializes in diagnostic hearing testing and vestibular assessments. She is fluent in American Sign Language, which enables her to communicate effectively with people in the Deaf community. She enjoys working with patients of all ages and abilities.

When she isn’t at the office, Amanda likes to spend time outdoors and travel to visit her friends and family. 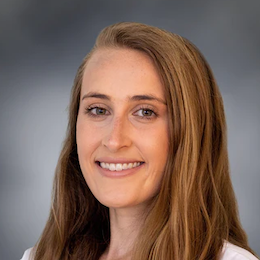 Casey O’Neill is an Audiology Resident at the Live Better Hearing + Balance from Towson University. As a graduate student, her thesis project was entitled, “Loc...

Casey O’Neill is an Audiology Resident at the Live Better Hearing + Balance from Towson University. As a graduate student, her thesis project was entitled, “Localization of High-Frequency Noise with Traditional Hearing Aids and Personal Sound Amplification Products.” Some of the most significant accomplishments of her college career include graduating from the Honors College, presenting research with a faculty member on complex auditory perception tasks, and volunteering with Special Olympics Healthy Hearing. Casey loves audiology because it allows her to work with people of all ages and form strong relationships with her patients. Outside of work, she loves to play tennis, spend time at the beach, and relax with family and friends. 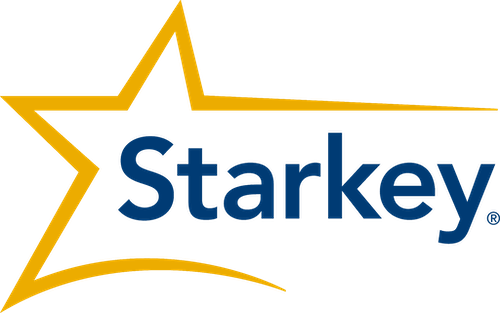 Have you visited Live Better Hearing? If so, please leave a review.
Write a Review