25+ Tinnitus Facts and Findings You Need To Know Now 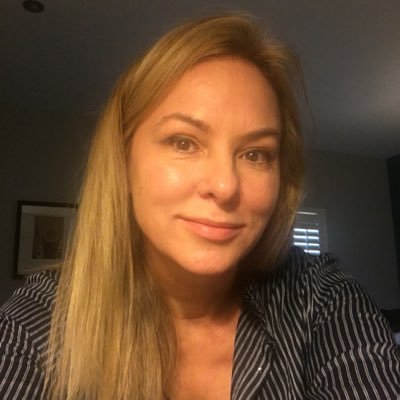 Ever heard the one about the guy who kept trying to reach the tinnitus helpline? When he finally got through, voicemail told him to just leave his message … at the sound of the tone. Joking aside, if you’re one of the 50 million Americans who report ringing in the ears, there is nothing funny about tinnitus. 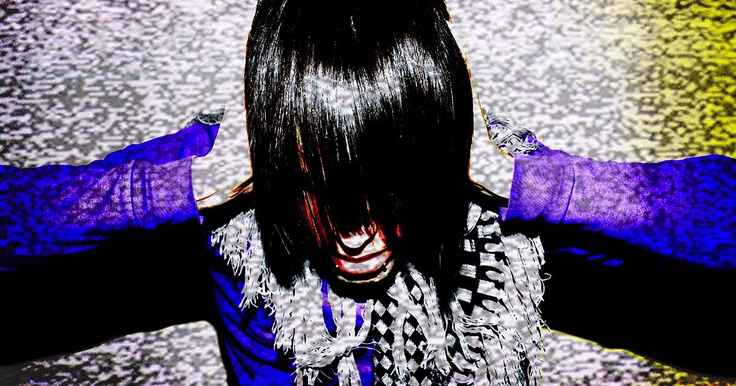 Researchers have been trying to zero in on exactly why so many people experience the phantom sound of ringing in their ears, not to mention the best ways to make it stop. But thanks to recent advances in genomics, cognitive psychology, and magnetic resonance imaging (MRI) technology, they are making a lot of progress.

Tinnitus researchers have been making so much progress of late that it’s hard to keep track of it all. To help, I rounded up 25+ important tinnitus facts, insights, and breakthroughs, starting with the basics to get you up to speed:

1. Tinnitus is most commonly experienced as a high-pitched “ringing in the ear” accompanying hearing loss. As the ear becomes less sensitive and sends less information to the brain, it is thought that the brain attempts to fill in the missing sounds, leading to the phantom sounds of tinnitus.

2. The word “tinnitus” derives from the Latin tinnītus for “a jingling, ringing.” But not all tinnitus is described as ringing. In a survey of 5,000 tinnitus sufferers, respondents described the noises they hear as whooshing, humming, whining, buzzing, hissing, strumming, tinging, whistling, clicking, ticking, roaring, cicada sound, sizzling, beeping, singing, music and yes, voices.

3. A third of North Americans over 55 experience tinnitus. In fact, tinnitus affects one third of adults at some time in their lives, whereas 10 to 15 percent are disturbed enough to seek medical evaluation.

4. Tinnitus affects about 12 percent of men and 14 percent of women over 65. It is among the most common afflictions among the elderly. It only rarely afflicts the young, with one significant exception: those serving in the armed forces and others who have developed hearing problems as a result of exposure to extremely loud noises. And about those soldiers, tinnitus affects nearly all the soldiers exposed to blasts in Iraq and Afghanistan.

6. Would you believe that there is a rare form of tinnitus that can actually be heard via a stethoscope? That’s called pulsatile tinnitus, and it’s caused by the sounds of a person’s own pulse, muscle movements, and blood flow.

7. Was one of your parents or another close relative an ear ringer, too? Bet they had it in both ears and that you do, too. Bilateral tinnitus appears to be hereditary, especially in men, according to this study. But one-sided tinnitus? Not so much.

8. Some people with tinnitus are able to change the intensity of their tinnitus just by turning their head, clenching their jaw, moving their eyes back and forth and so on.

For more tinnitus basics, see our special report on tinnitus.

9. MRI brain imaging technology is the saving grace of tinnitus research these days. It’s yielded mountains of new research that provide some serious clues about the cause(s) of tinnitus and its potential treatments. The next few factoids round up some of the big ones.

10. MRI scans reveal that the brains of tinnitus sufferers look different from the brains of everyone else. For instance, it’s now known that tinnitus sufferers tend to have markedly smaller subcallosal areas in the brain. That’s one of the brain areas involved in your limbic system, the emotional fight-or-flight part of your brain. Researchers believe the activity in the subcallosal area of the brain may help to suppress tinnitus, and that compromised limbic regions may lead to chronic tinnitus.

11. Folk wisdom has always linked depression to tinnitus, which led University of Illinois researcher Fatima Hussain to wonder if the amygdala, which is the emotional center of the brain, looked somehow different in tinnitus sufferers, too.

If tinnitus sufferers really did suffer more depression than those without tinnitus, they should have a beefier, more electrically active amygdala, she reasoned. It turned out they didn’t. Rather, their amygdalas, like the colossal area mentioned above, looked smaller and under-active, too.

12. Do you feel like you’re at high alert when your tinnitus is really acting up? Brain MRI research published by Univ. of Illinois researchers indicates that the brains of tinnitus patients are at “high alert” during such spells. Such studies go a long way toward validating the presence of tinnitus but also begin to explain why relaxation and meditation may be so helpful.

13. Such brain research has led to dozens of other studies, too, which appear to confirm the speculation that anti-depressants can help with tinnitus. In the largest ever clinical trial of tinnitus sufferers, conducted in 2015, scientists noted that common treatments for depression—exercise, nutrition, talking to a therapist, undergoing cognitive behavioral therapy and antidepressant medicines—noticeably reduced tinnitus in most patients. So do such progressive depression treatments as magnetic therapy, which delivers magnetic pulses to the brain.

14. One exception: SSRI antidepressants actually seem to make tinnitus worse, according to a 2017 study. For some unknown reason, serotonin in the brain aggravates ear ringing.

15. Just say OM. It wasn’t the first time in recent years that theorists looked at how treatments for depression and anxiety affect or don’t affect tinnitus. One 2012 study suggested that just relaxing and engaging in a daily mindfulness meditation practice can lessen or even alleviate tinnitus.

16. There are no known supplements that relieve tinnitus. There are currently no Food and Drug Administration (FDA) approved drugs to treat tinnitus. 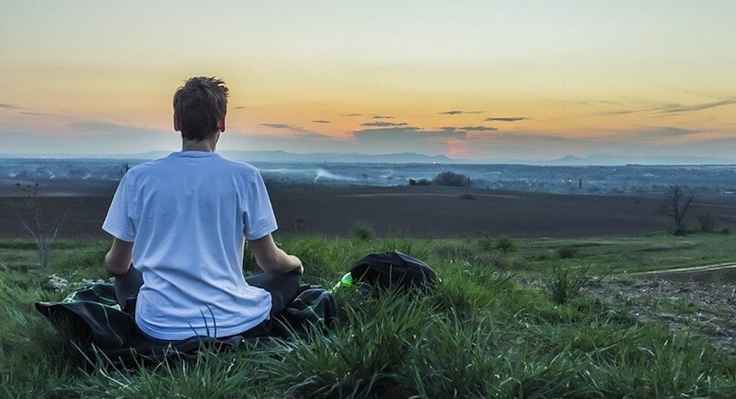 Take two long inhales and call me in the morning? Perhaps. Try it.

17. Another treatment that appears to be surprisingly effective in reducing the noise factor: cognitive behavioral therapy (CBT). It’s a counseling treatment that helps you attain new habits and behaviors that has proven surprisingly useful among those who suffer severe anxiety. And now, findings from a half dozen research efforts in the US and Europe suggest CBT will help with tinnitus, too.

That’s why more and more doctors are prescribing CBT for willing tinnitus patients, as well as related treatments like acceptance and commitment therapy (ACT) and serious deep relaxation exercises.

Too earthy-crunchy? Perhaps, but who wouldn’t choose OM over the constant cacophony of ringing, buzzing or worse?

18. Sound therapy does alleviate or lessen tinnitus in some patients, according to some researchers. Researchers at UC Irvine have had a lot of success with applying a continual, low-pitched, pulsing sound to the ears of tinnitus sufferers. Unfortunately, it only seems to alleviate tinnitus symptoms while it’s playing. Turn it off and the ringing comes right back.

“This low-pitch therapeutic approach is only effective while being applied to the ear, after which the ringing can return,” says UC Irvine tinnitus researcher Fan-Gang Zeng. “But it underscores the need to customize stimulation for tinnitus suppression and suggests that balanced stimulation, rather than masking, is the brain mechanism underlying this surprising finding.”

That’s why audiologists often prescribe a hearing aid to tinnitus sufferers. Stimulating the ear with sound can lead to long-term relief of tinnitus symptoms.

19. Despite all the progress in tinnitus research, one major roadblock has been the lack of an objective way to measure it. That’s why everyone in the field took notice earlier this year when Wayne State researchers announced they’d come up with a way to do it in animals. In the experiment, researchers trained mice to lick a water spout when they experience ear ringing (as noted by brain scans.) Animal testing could make for faster testing of treatments—for humans, that is.

20. Insomnia, unfortunately, may go hand-in-hand with tinnitus. Researchers at the Henry Ford Hospital surveyed 177 patients between 2009 and 2011 and found that the more severe the tinnitus, the more sleepless subjects generally were. This is in line with earlier studies.

21. Tinnitus can be temporary, caused by excess wax, or an infection of the inner ear. It might also be caused by the toxic effects of drugs like aspirin (which appears to weaken the neural signals from the ear to the brain) or those used to treat cancer. Some people with normal hearing develop spontaneous tinnitus when placed in total silence; this is believed to be a response of the auditory cortex to the abnormal absence of all ambient sounds. But the majority of people with chronic symptoms develop them in conjunction with hearing loss.

22. What if your tinnitus is painful? If you are experiencing physical pain related to sound, you may be suffering from hyperacusis. Tell your doctor or audiologist if this is the case.

23. Tinnitus sufferers show up in movies, novels, and all manner of cultural literature. Author Martin Amis, in “Money,” describes character John Self’s tinnitus as “jet take-offs, breaking glass, ice scratched from the tray.” In “A Pair of Blue Eyes,” Thomas Hardy’s William Worm complains of “people frying fish: fry, fry, fry, all day long in my poor head.” Those examples are from this New Yorker piece about the cultural aspects of tinnitus. Check it out. It’s a great read.

24. The first description of Tinnitus goes back to 1650-1532 BC. The ancient Egyptian text called the Crocodilopolis Medical Book (150 BC) makes repeated references to “humming in the ear.”

26. The nasty and murderous Roman emperor, Titus (39-81 CE), may have had tinnitus, too. According to historian Bernard Dan, the Babylonian Talmud describes something they called “Titus’ curse.” They likened it to a gnat buzzing around inside one’s brain. In the text, they describe how loud environmental sounds seem to lessen the gnat’s buzz, though it always seems to return once things are quiet again.

Why does the text say Titus was “cursed” by this affliction? Chalk it up to ancient Babylonian Talmudic justice. Titus, the author claims, not only burned down The Temple, but he violently put down a rebellion by killing all the worshipers in it. You’d think he’d end up like other Talmudic guys, being tortured to death or, like one infamously evil Pharaoh, drowned. But no, Titus’ sins were apparently too serious for such punishments, according to the historian’s assessment. That means only one thing: that continual ringing of the ears is a fate worse than death.