What Are the Consequences of Untreated Hearing Loss?

Recent data suggests that while at least 10% of the population self-reports some degree of hearing loss, only about 3% actually wear hearing aids.¹ Taking the initial steps towards management of a hearing loss is often one the most challenging aspects of the process. Reports suggests it takes an average of seven years after hearing loss is suspected for an individual to do something about it despite many well-documented consequences of untreated hearing loss and its significant impact on communication, interactions with others, and overall quality of life.²

In general, those with hearing loss who do not wear hearing aids are more likely to report feelings of depression, loneliness, isolation, worry, and dissatisfaction with family life. Difficulty communicating often leads to loss of interest in participating in social activities. Often times the person with hearing loss may not realize they are not participating in the conversation around them and eventually choose not to even attend the birthday celebration or dinner with friends due to struggles with hearing and communication.

Researchers have demonstrated that while hearing aid wearers and non-wearers participate in similar numbers of solitary activities, the hearing aid wearers were far more likely to participate in organized social activities compared to the non-hearing aid user group.³ This withdrawal from social activities also limits loved ones socially; having either to go alone or serve as the interpreter for their partner. Untreated hearing loss has also been documented to lead to added marital stress and ultimately feelings of frustration and depression for both parties.

Safety is also a concern for those with hearing loss. When one cannot hear alarms, doorbells, someone entering their home, or cannot successfully converse over the phone, this creates barriers to maintain independence and a safe environment in the home. Feelings of paranoia, worry, and anxiety are often reported by those with hearing loss due to less access to important alerting sounds in their environment.³

Finally, walking around with an untreated hearing loss can have consequences on physical and cognitive health. Strong associations have been found linking hearing loss to reduced cognitive function including potentially exacerbating the symptoms of dementia; researchers do not suggest that hearing aids can prevent dementia but suggest use of amplification may reduce or delay consequences such as reduced function because of the disease. Individuals with hearing loss who do not wear hearing aids report more fatigue and exhaustion at the end of the day due to the extra effort put forth in trying to listen and understand all day. It has also been reported that hearing aid wearers report overall better health than their non-hearing aid wearing counterparts.³

Unaddressed hearing loss leads to reduced awareness of the environment, reduced ability to understand speech, and reduced communication which is often the pillar of relationships and many aspects of life. These consequences not only affect the individual who has hearing loss but those around them; too frequently, these consequences are gradual and go unnoticed. The good news is those who wear hearing aids, and their family members, report a reduction in feelings of anger, frustration, and depression with the use of hearing aids. Hearing aid wearers, and their family members, also self-report significant improvements in areas such as relationships at home, feelings about themselves, and quality of life overall compared to those who do not wear hearing aids.³ 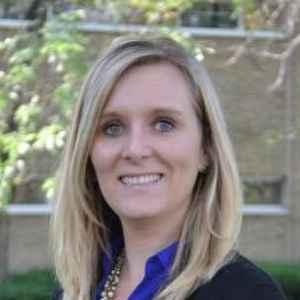 Dr. Baxter primarily practices clinically while supervising students and also teaches as part of the Doctor of Audiology curriculum. Current courses taught include Hearing Aids I and II and Adult Hearing Disorders.