What Is the Prevalence of Hearing Loss?

People who have a hearing loss are often embarrassed by it, thinking that they are alone in their communication difficulties, but statistics show that hearing loss is far from an uncommon problem. In fact, hearing loss is the third most common physical health problem in the United States, behind such common ailments as heart disease and arthritis. According to the National Institute for Deafness and other Communication Disorders (NICDC), approximately 15% of adults (or 37.5 million people) over the age of 18 in the United States report some difficulty in hearing.¹

While the cause of many types of hearing loss may be unavoidable, the World Health Organization finds that in children under 15 years of age, 60% of childhood hearing loss could be prevented.³ This figure is higher in low- to middle-income countries at 75% than in high-income countries at 49%, and factor in infections such as mumps, measles, rubella, cytomegalovirus and chronic ear infections, complications during childbirth, use of medications that can be damaging to the auditory system by expecting mothers and infants, and other factors as reasons for this. WHO has also found that 1.1 billion young people from ages 12 to 35 years old are at risk of hearing loss due to noise exposure, most often from recreational activities. 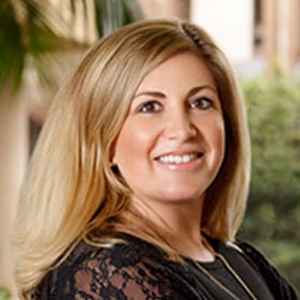 Dr Crovato is an audiologist at the Hearing Associates of Northern Virginia, where the mission is to provide a personalized, hands-on approach to hearing health care, with the knowledge that each person who walks through our door has their own individual communication needs.