The legendary late-night host Conan O'Brien talks with Brooklyn-based audiologist Ben Schultz about hearing loss and the sounds he loves most.
By David Copithorne 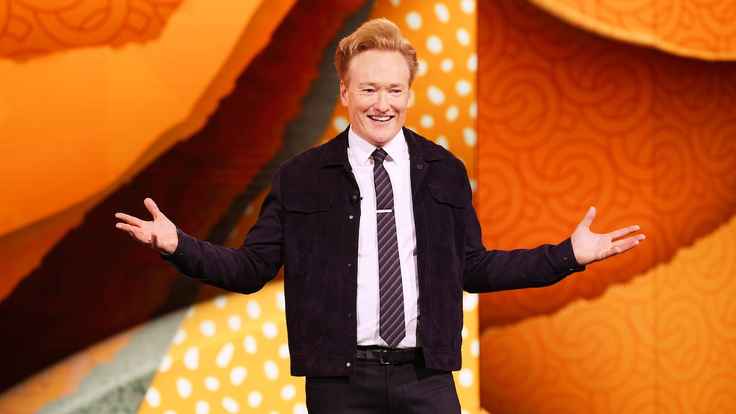 When Ben Schultz, AuD, went straight from work to see Conan O’Brien record his popular podcast in front of a live studio audience at the Beacon Theater in New York City, he never imagined he’d end up starring in the show. But when Conan offered to answer questions, Dr. Schultz was ready with one that he asks many of his audiology patients:

What are the sounds you would miss most if you couldn’t hear them? The sound of rainfall on the roof? Crickets by the campfire?

Conan’s answer was gratifying for hearing professionals the world over whose major frustration is patients’ reluctance to acknowledge they could use some hearing assistance.

The sweet sound of applause

But first, of course, there were some rapid-fire jokes.

Conan said he also loves the sound of his inexpensive coffee maker: “It makes this little gurgling sound, like it’s human, not a machine.” And he loves the sound corduroy fabric makes when your pant legs rub together.

Then he got serious.

Sixteen years in a noisy studio took their toll

“I do worry about hearing loss,” Conan told Ben. “I basically lived in a very small box in Studio 6A and did 16 years with Jimmy and the guys playing so loud, sound just bouncing around, and my producers would come up and yell things in my ear during the commercial breaks because the band’s playing."

"As a result, my wife and children spend most of their time repeating to me what they’ve said. So, I might actually not be hearing things." Conan said. "How do I find out?”

Ben: “You could see an audiologist and they would test your hearing.”

But then, Conan surprised the audience by telling Ben he’d like to book an appointment for a hearing test. (*applause*).

In an interview with HearingTracker after the show, Dr. Schultz said the 10-minute conversation with Conan was like many of the conversations he has had with new patients who are unsure about the extent of their hearing loss and are just starting to think about getting help. 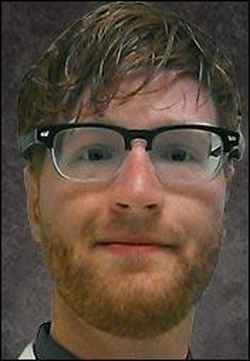 “If you apply too much pressure, patients tend to resist the help,” he said. “So, I always try to focus on the positives.” And his questions about missing the sounds you love most always seem to hit home.

Dr. Schultz said one patient realized he needed help after he went to see Jerry Seinfeld at the Beacon Theater, the same theater where Ben saw Conan record his podcast. “He couldn’t hear the jokes. He missed all the punchlines!”

Another patient, who sang in a choir, took home a pair of trial hearing aids and couldn’t believe how his singing improved when he heard so much more of the music at choir practice.

The average person waits seven years between discovering a hearing loss and seeking treatment. But, Dr. Schultz said this can be reduced through public awareness campaigns that reduce stigma. Having celebrities like Conan talk candidly about their potential hearing loss will likely embolden many fans to take the next step.

He says at his ENT and Allergy Associates practice in Brooklyn, he fits multiple brands of hearing aids. Patients appreciate having a choice. And he's found a lot of success with a try-before-you buy program. It introduces new patients to hearing aids in a low-risk, low-pressure way.

After your hearing test, you get a pair of hearing aids programmed to your hearing-loss profile. Then you leave a refundable $400 deposit and wear the trial hearing aids for a couple of weeks. If you like what you hear, you can come back to complete the fitting, and take them home for good.

“Should I tell you how great chocolate tastes?” Dr. Schultz asks. “Or should I let you try it for yourself?”

Did Conan book that hearing test?

Now, did Conan actually book that appointment with Dr. Schultz?

“Not yet—Conan was flying home to Los Angeles, and I doubt it’ll be convenient for him to come all the way back to Brooklyn for an appointment with me,” Dr. Schultz said. “But I’m hoping I planted a seed. There are plenty of great audiologists in LA, so it won’t be hard if he decides to get his hearing tested there.”

Hearing Tracker contacted Conan’s office at his Team Coco production company to inquire whether he’s followed through with a hearing test, and we haven’t yet heard back. We’ll respect his medical privacy and not badger him for an answer, but we’ll give him a shout-out here:

Hey, Conan! If you’re out there and can hear us, and if you do decide you want to talk more about hearing loss and ways to deal with it, we’re all ears!

Listen to the entire interaction here

To jump straight to Ben's conversation with Conan, click the play button below and scroll to 1:06:18. Or just listen to the whole episode! Stephen Colbert was Conan's surprise guest for the evening, and the two titans of comedy had plenty to talk about. But be warned; this live show contained a copious amount of graphic adult language.

I heard Dr. Schultz on this show and he did a fantastic job! He was light and humorous, but his compassion and professionalism shown through! Thank you for making me laugh and representing the audiology community so well!