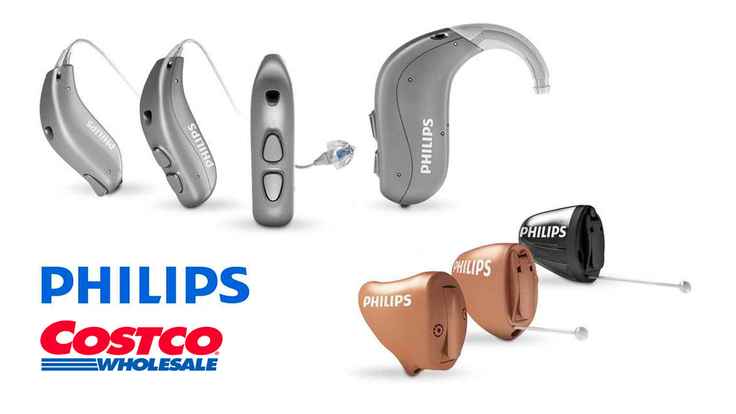 Will Philips hearing aids have a bigger impact than Bernafon?

Why would the Bernafon-Philips swap be significant? Two reasons.

First, Philips is a popular, global brand known by most ordinary consumers. You can't wander the aisles of your local Costco without seeing multiple promotions for Philips’ Sonicare electric toothbrushes.

If, as expected, Philips utilizes the technology platform behind the success of Demant’s Oticon Opn hearing aids, it may have a winning proposition for Costco customers.

Given the strong market acceptance of recent products from Demant, along with the popularity of Costco’s hearing aid retail, Philips hearing aids from Demant may be well positioned to give the other top brands a run for their money.

Since publishing this article, we’ve learned a lot more about the HearLink hearing aids. Costco has set prices aggressively at $1,249.99 per hearing aid—for the premium-level HearLink 9010s—and the products are on sale now. Here’s a breakdown of the software features that are available for the Philips HearLink 2000 - HearLink 9010: 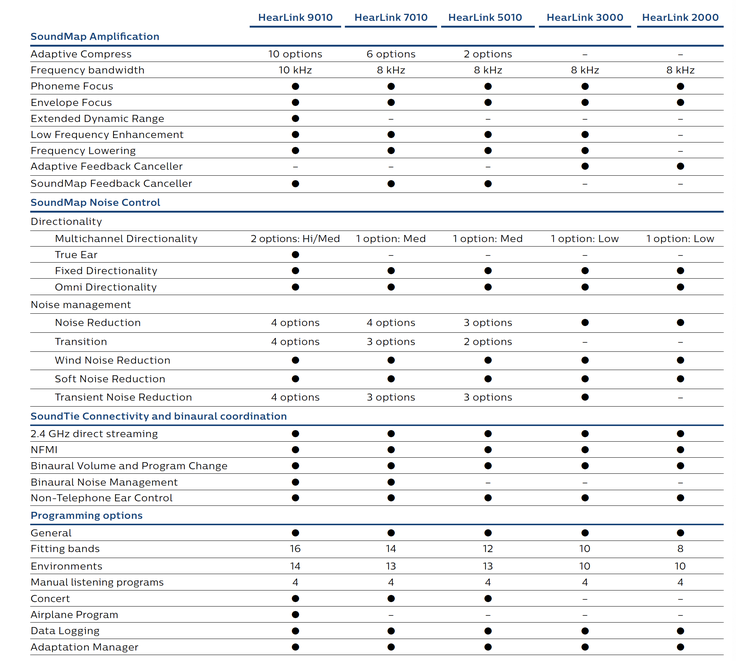 *Only available in HearLink 3000 and HearLink 2000 technology levels

Connectivity features and accessories for the BTE PP model

We heard from Demant spokesperson Katrine Hertz Østergaard, who clarified the source of technology in the Philips HearLink hearing aids sold by Costco:

We responded with a request for further information— to better understand the differences between Open Sound Navigator and SoundMap, and Speech Guard and SoundTie—and will report with any new details.

Demant was prompt in responding to our request for more information. Further clarification was provided by Demant’s Director of Audiology, Nicolas Le Goff:

How are Open Sound Navigator and Speech Guard different from SoundMap and SoundTie?

OpenSound Navigator and Speech Guard are features only provided in Oticon products (Opn, Opn S, Opn Play). Their respective role is to help patient understanding speech in noise and making sounds audible. This goal is addressed by Phillips HearLink in a different manner. While Oticon and Philips products both offer innovative technologies for these key patients-needs, they do it following a different approach. OpenSound Navigator has a unique three stage processing in noisy environments with an Analysis, Balance and Noise Removal. The goal is to allow for significantly improved performance in noisy situations without creating the unnaturally narrow listening window created by beam forming. SoundMap Noise Control uses a more conventional approach with a Directionality and Noise Reduction, but here using a twin-microphone to estimate noise more accurately. On the amplification side, Speech Guard uses a linear gain window to optimally preserve small changes in level (speech modulations), while, SoundMap amplification integrates a noise estimate that controls compression ratio to better preserve speech information in noisy environments. SoundTie is the name of the connectivity solution of Philips HearLink. It shares the core transmission technologies (2.4GHz Blutooth low energy, Near-Field Magnetic Induction) with other products of the Demant group, including Oticon.

Is there anything in the Philips aids that would provide something similar to the OpenSound Optimizer feature found in the Opn S?

Demant has developed and patented a core technology to detect and control feedback in a much faster way than conventional technology, and which does not make use of conventional frequency shift and gain reduction. This core technology is applied in both Philips and Oticon products to provide state of art/ market leading feedback control.

For insights and lively commentary from knowledgeable professionals and consumers in our community, join the active discussion over at the Hearing Tracker Forum.

Member 24 May 2019
Brand recognition is where it is about in the consumer market, so Phillips branded HAs makes sense.

Professional Member 31 May 2019
Philips is a budget brand in the electronics arena. As soon as Samsung or apple come out with a product Philips brand will have to significantly lower their prices, most likely to eventually become the Kirkland Signature HA.

Pters 24 May 2019
I've never heard of Demant. They make Oticon's Opn series? I assumed Oticon made them.

Member 24 May 2019
None of the models appear to have a Telecoil.  Costco should insist that all models it sells have telecoils so that people who use the hearing aids can also use hearing assistive systems in public venues.

Abram Bailey, AuD 25 May 2019
The miniRITE T and TR both have a telecoil, and I believe the BTE version does as well.

Member 25 May 2019
All hearing aids must have installed and working Telecoils in each hearing aid. Being able to hear on  a hearing aid compatible phone (HAC) you must have working telecoils in both of your hearing aids if you wear a hearing aid in each ear. This is not rocket science and telecoils have been available for a very long time. If your hearing health provider does not agree that Telecoils are important then find one who does. All hearing assistive equipment provided in theaters, museums, etc. you must be able to turn on the Telecoil program.

people with less than severe hearing loss would hear quite well without the need of T-Coil which has lots of shortcomings, so they can have smaller hearing aids rather.

Also, the streamer type can provide T-Coil later or whenever needed.

It's for you and your audiologist to figure out what suits you the best, rather than asking for every product to suit your need (most of them will anyway)

ciaotebaldi 25 May 2019
Good to know. I've worked with Costco in West Springfield, MA. for several years and find Mr. Bartlett to be a sincere and helpful audiologist.

Carolyn O 25 May 2019
Do the hearing aids come with telecoil installed at no extra charge?

Adam M 25 May 2019
Yes, Costco price point doesn't change with the differences in instruments. Some prefer the small form factor of the non-TCoil instruments, and some have no physical restraint for size. Audibility is the most important, and depending on lifestyle and their own desires on what the instruments should do is part of the hearing healthcare professional and the client interviewing process. The rechargeable instruments do require an additional cost for the charger, but each manufacturer is roughly $200 or less for the accessory.

Member 26 May 2019
Is this Phillips/Oticon HA at Costco  is the old Oticon OPN or the new Oticon OPN S?

Jerry A 11 March 2020
How does the Philips stack up against the widex for one on one hearing in a noisy environment .?

Please consider reviewing your hearing aids so that others can learn from your experience. Thanks very much!

Hi.  First time hearing aid user here.  Decent sound...with the Rexton model.  It’s the super skinny behind the ear.  Not fully comfortable tho. Wondering if I might do better in a Phonak or Philips...or. Costco brand??  Is there an expert I can speak with?  Thanks