With the introduction of its new wireless Jabra Elite Sport earbuds, the GN Group is starting to make good on its promise to cross-fertilize technologies between its headsets and hearing aids.

They are compatible with iPhone and Android phones and feature dual integrated microphones in each earbud – one to capture your voice and the other to locate and suppress extraneous external sound. Hands free calling is enabled by voice commands.

GN is the only company that can transform deep insight from both hearing aid and headset customers into world-leading expertise in the human auditory system, sound processing and wireless technologies. This enables the GN Group’s scientists to develop truly intelligent audio solutions that do much more than amplify speech and sound. – GN Newsroom

While the Elite earbuds do not amplify sounds, they utilize a number of other technologies that have been developed for hearing aids. To name just a few:

At the same time, emerging earbud technologies are ripe for integration into hearing aids – especially the biometric sensors that are converting formerly passive earbuds into active digital processors producing a constant stream of data that can be transmitted to smartphones and computers. 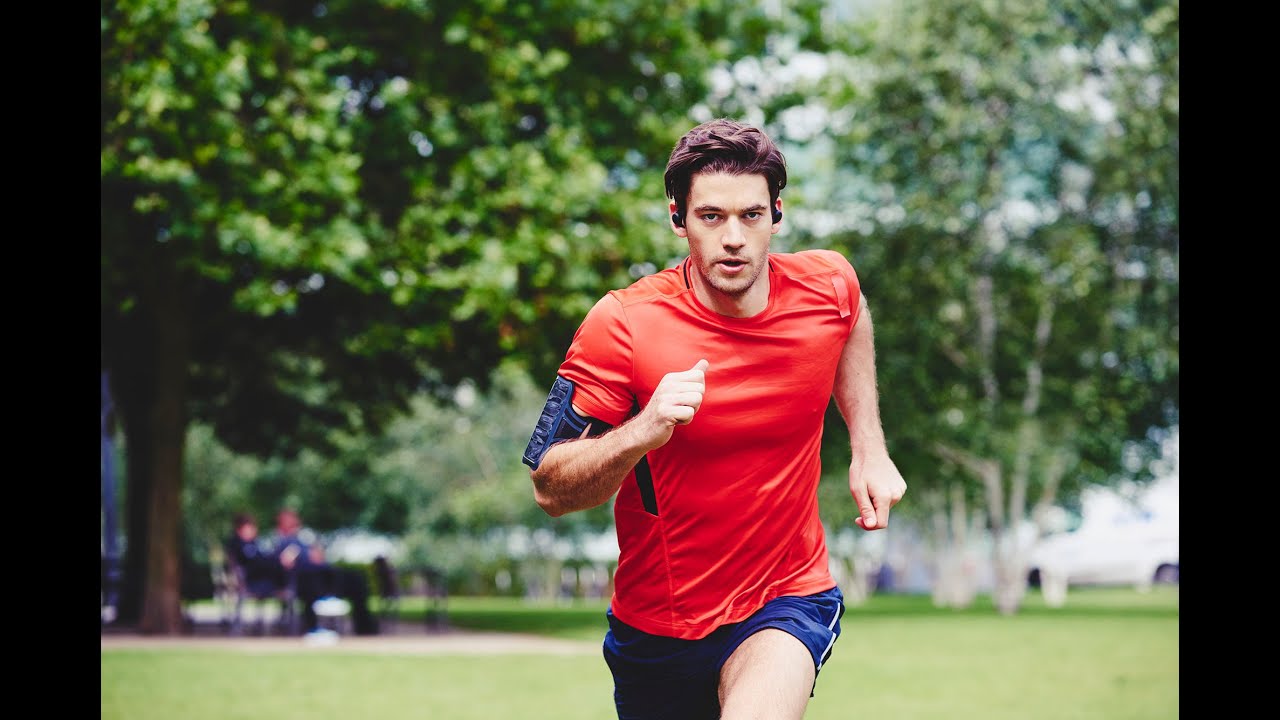 In fact, a wave of products is coming that will combine the medical technologies developed for advanced hearing aids with technologies perfected for consumer audio applications. American hearing aid manufacturer Starkey last year forged a partnership with the maker of the Bragi Dash in-ear wearable (aka “hearable”) product. The Dash offers amplification of environmental sound along with Bluetooth smartphone integration and wireless audio streaming. Starkey has indicated that it wants to address the broad market of people with mild hearing loss who have not yet tried hearing aids, and some have speculated that the Bragi partnership may lay the foundation for accessing this developing market.

Perhaps even more significant, the two giants of the smartphone market, Apple and Samsung, have both made significant investments in technologies that may ultimately address hearing loss.

Samsung recently started shipping its Gear IconX wireless earbuds that will compete directly with the Jabra Elite Sport earbuds, and is also expected is to introduce either its own fully functioning hearing aid or a Bragi Dash-like hearable product sometime in the near future. See Samsung Earcle FCC Docs.

When Apple introduced its new iPhone 7 this week it also introduced its first wireless earbuds, called AirPods, with some advanced features that make them easy to use with the phone. While they are not being marketing as a solution for hearing loss, people in the hearing industry should be paying close attention. The iPhone has been extremely popular as a budget hearing aid for a number of years, with numerous downloadable apps taking advantage of the phone’s high-quality (and consistent) audio hardware.

Apps like Jacoti and EarMachine enable users to pick up and amplify sound with their iPhone, amplify it based on their hearing profile, and listen to the resulting sound through their classic Apple EarPods. Adding AirPods to the mix will certainly make this technology more palatable for those wanting to lose the wires, and if the onboard noise-cancelling, beamforming microphone system can be used as a sound source for amplification apps, AirPods could be a complete game-changer.

A voice accelerometer recognizes when you’re speaking and works with a pair of beamforming microphones to filter out external noise and focus on the sound of your voice.

Using the onboard microphones would enable users to keep their phone in their pocket, and with the onboard W1 wireless chip, Apple could do away with some of the audio latency issues that have plagued wireless headphones in the past.

For consumers with hearing loss and hearing health professionals alike, the “consumerization” of hearing aid technologies is a brave new world. Mass-market acceptance of new technologies drives down the prices of new products and creates incentives for bigger and faster investments in additional new technologies. That’s a tremendously exciting prospect for anyone who hopes to see better and more affordable hearing assistance technologies sooner rather than later.

It’s too soon to tell what impact consumer electronics brands such as Jabra, Bragi, Samsung and Apple may have on people with hearing loss and the professionals who serve them. But – for better and for worse – the changes are already under way. Don’t be surprised if the impact is major.