Mouse Hearing Loss Reversal Technique To Be Tried in Humans

Genetic therapy for hearing loss is another step closer to becoming a reality, as researchers have used it to reverse severe hearing loss in mice.

Researchers have already linked hearing loss to mutations in at least 100 different genes. About 16 percent of genetic hearing loss is called DFNB16, which produces moderate to severe hearing loss. It’s linked to the STRC gene—the second most common genetic cause of hearing loss. Patients who have DFNB16 who have STRC mutations do not typically have profound deafness, explained Jeffrey Holt, PhD, lead investigator and a scientist in the departments of Otolaryngology and Neurology at Boston Children’s, told HearingTracker.

Typically, patients with DFNB16 are treated with hearing aids. Holt said that some people may still prefer to use hearing aids, even if the gene therapy is proven effective and becomes widely utilized—that would be later down the road, he added.

The technique, which was developed at Boston Children’s Hospital, involved replacing the mutated protein stereocilin in the inner ear of mice. It reversed severe hearing loss in them, sometimes to normal hearing levels. The study was published in Science Advances. 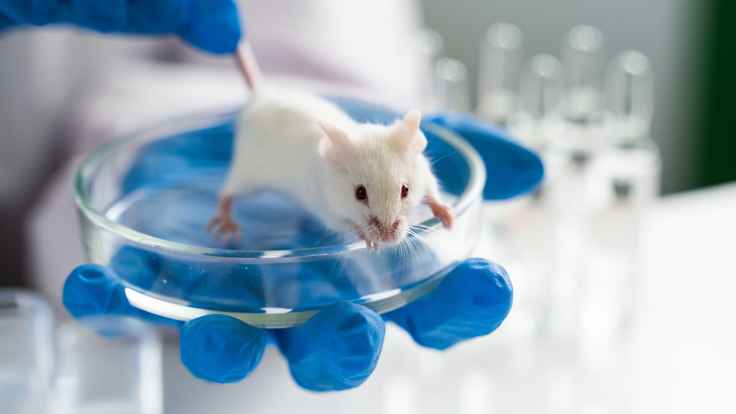 Our bodies can hear sounds when sensory hair cells in the inner ear contact the ear’s tectorial membrane. The membrane vibrates in response to sound and converts the vibrations into signals that are sent to our brains. The stereocilin protein helps the hair cell microvilli stand up together in a bundle, so their tips can touch the membrane. But if stereocilin is mutated, they can’t make that contact and the hair cells are not properly stimulated. They do remain functional, though, so they can respond to gene therapy.

The team delivered a healthy stereocilin gene by using synthetic adeno-associated virus (AAV) to target the hair cells. Because the gene for stereocilin doesn’t fit into the gene therapy vector, they split it up. When the two halves of the protein united, the full-length stereocilin protein was restored.

In short, the hair bundles that were able to contact the tectorial membrane.

Then the scientists used two types of hearing tests to evaluate the mice and then saw it worked. Some mice had complete hearing restoration.

“This therapy is not a cure-all,” Holt warned. “It is a precision medicine form of gene therapy, being developed for one specific form of genetic hearing loss, known as DFNB16.”

In the future, the team will test if the technique works with the human stereocilin gene. They will test it in a dish on human inner ear cells that come from patients who have STRC hearing loss. Holt hopes to test it directly on humans if he sees positive results.

“If it works there and we confirm it is safe with minimal side-effects, we may be ready to begin testing it in humans in a clinical trial,” Holt said.

Holt said there is still a lot of work to be done, but it could go into trials in a few years. If proven safe and effective in those trials, it could be ready a few years after that,” he said. “So, best case scenario, four to six years.”

“We think this will provide a broad window of opportunity for treatment—from babies to adults with hearing loss,” Holt said in a statement.

Holt isn’t the only researcher looking into genetic therapy for hearing loss; another report out this year explored a different protein—otoferlin, which causes deafness DFNB9 .

Eliot Shearer, MD, PhD, co-author and a clinician-scientist in Otolaryngology at Boston Children’s Hospital, said that about 100,000 patients in the U.S. and 2.3 million worldwide have STRC mutations and may benefit from the therapy.

Don’t wait to treat your hearing

For those currently considering hearing aids or cochlear implantation, experts say don't wait for the cure. Chad Ruffin, MD, an otolaryngologist in the Seattle area, says “treatment of hearing loss shouldn’t be delayed to wait for a medical cure—which is likely still many years away. Depriving your brain of important auditory information for prolonged periods of time can have long term negative effects that may render the cure, if and when it becomes available, less effective overall."

If you think you may have a hearing loss, check your hearing now. And, if you’re considering getting started with hearing treatment, find a qualified local audiologist. 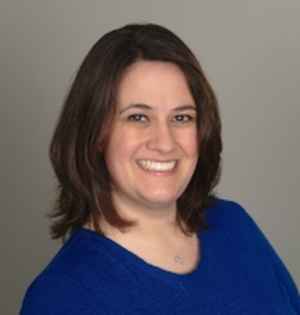 Kristen Fischer is a copywriter and journalist from New Jersey. She is the author of "Zoo Zen: A Yoga Story for Kids." Learn more about Kristen.