New Hope for Those with Single-Sided Deafness

An estimated 60,000 people in the U.S. live with single-sided deafness (SSD) — normal (or near normal) hearing in one ear and severe to profound hearing loss in the other. But to date, there has been uncertainty regarding the effectiveness of the available SSD treatments. Now, there’s interest in whether cochlear implants (CIs) could be the answer.

First, let’s take a closer look at SSD.  People can be born with SSD or acquire it later in life, due to many factors, including an ear infection or head trauma. Those with SSD may have difficulties understanding speech in settings with background noise. This, in turn, can cause feelings of isolation and anxiety. In addition, those affected may struggle to identify where sound is coming from, which can lead to feeling unsafe in certain situations, such as crossing the street.

How SSD Has Been Treated

The following options are commonly used for those with SSD:

A New Option for SSD?

Recently, there’s been interest in using CIs to improve hearing for those with SSD. CIs work by providing direct electrical stimulation to the hard-of-hearing ear via an electrode placed in the cochlea of the inner ear. Some studies have reported improved spatial awareness and hearing in noisy environments when a person with SSD wears a cochlear implant.

In fact, as of July 2019, significant single-sided hearing loss is an approved FDA indication for cochlear implantation for both children and adults. To learn more, Hearing Tracker interviewed one person with a CI to hear about his experience.

Sam, a 43-year-old in San Francisco, California, experienced sudden sensorineural hearing loss (SSNHL) in his left ear in October 2020. He was left with poor speech recognition in the affected ear. The first few months following his SSNHL were “pretty awful,” he said. “The worst issue for me was hearing in any environment with background noise. I also struggled with tinnitus and the loss of directionality.”

Sam first tried the CROS system, which unfortunately he found unsatisfactory, so he opted to try a cochlear implant in February 2021. The risks of the surgery were small, but he recalled that, “My biggest concern was if I would be one of the rare SSD recipients who simply did not benefit much from a CI, which does occasionally happen.”

On activation day, Sam tried to keep his expectations in check.  “When my audiologist turned on the electrodes, I was happy to learn all of them worked,” he said. “The low tones sounded pretty clear, but as we went into higher frequencies, the tones sounded more like buzzing. Speech sounded high-pitched and mechanical in the doctor’s office…I was slightly disappointed that activation day had minimal effect on tinnitus.” 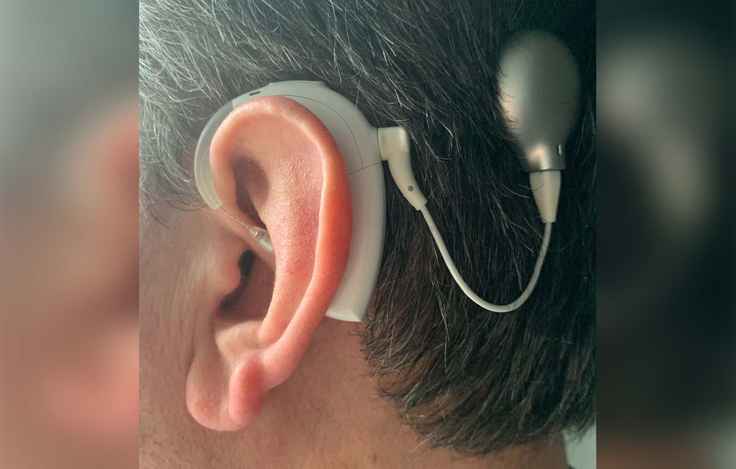 However, at his one-month mapping appointment, Sam’s word recognition was already up to 60%. His ability to process higher frequencies is slowly and consistently improving. Sam is gradually becoming accustomed to accessing sound through the CI, and he finds most hearing activities are “more pleasant with the CI, even listening to music”. He’s optimistic this will continue to improve over the coming months.

Sam has also seen improvement in his ability to localize a sound source. He has had some early success with hearing in noisy environments too. “My wife and I ate outdoors at a restaurant playing fairly loud music, and I had no trouble hearing her, even on the CI side,” he noted, and he’s gradually noticing relief from his tinnitus.

Although Sam’s CI has only been activated for about six weeks, he told Hearing Tracker that he is very pleased. “I'm very early on in the process but I'm already getting so much objective and subjective benefit from the device,” he explained. “Typically, it can take between six and 18 months for people to get the most out of their CIs, so with luck, the best is yet to come.”

Could CIs Be the Right Choice for You?

While a CI was the right choice for Sam, deciding to opt for an implant is a complex decision. There are people with SSD who have happy, successful lives without any assistive devices or with less invasive ones. CIs are a relatively new treatment, and more research and follow-up studies should reveal which patients will benefit most from them. If you have SSD, speak with your healthcare team to see if a CI might be the right choice for you. 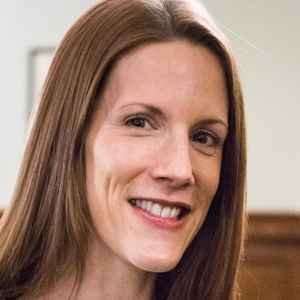