Are Hearables Ready for Prime Time Yet?

The demise of two well-funded “hearable” manufacturers raises the question of when, or whether, this new product category will ever become the multibillion-dollar market that some analysts are predicting. The problem isn’t lack of funding or dearth of imagination. It’s that several core technologies simply aren’t yet far enough along to deliver all that consumers are asking for. 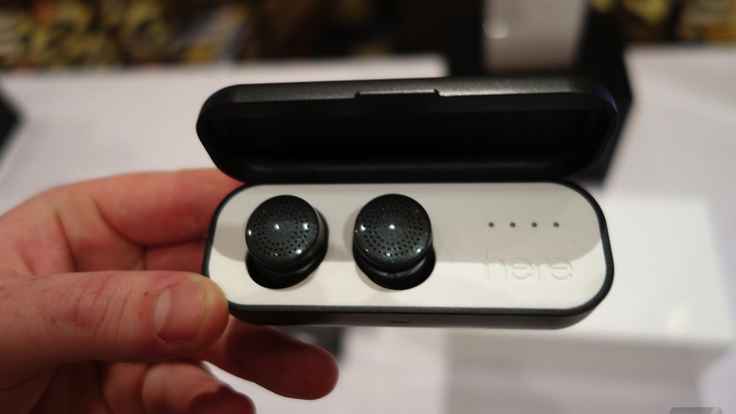 Doppler Labs ran out of money before its earbuds took off

Doppler Labs started shipping its Hear One Wireless Smart Earbuds in February 2017 but shut down production in November. And Soundhawk, maker of a well-promoted personal sound amplification product (PSAP), discontinued operations over a year ago. Many other hearable makers are still out there, but so far none appear to have broken away from the pack.

Both companies’ products were aimed at people who needed hearing enhancement in addition to wireless streaming of phone calls and audio. They featured directional microphones for better comprehension of speech in noise, multiple program settings for challenging listening environments, and other capabilities to assist people with mild to moderate hearing loss.

And both had substantial backing. Doppler burned through an eye-popping $50 million in venture capital from top-tier Silicon Valley firms. And Soundhawk, founded by hearing-aid industry legend Dr. Rodney Perkins, raised more than $10 million from venture firms and from Foxconn, the Chinese contract manufacturer known for producing tens of millions of iPhones for Apple.

Their problems weren’t due to lack of consumer interest, either. Wireless audio earbuds from Apple, Bose and others are gaining traction in the market. Those products deliver good audio quality. But they are not what I like to think of as true “hearables”—earbuds that also provide substantial hearing enhancement for people seeking help in difficult listening environments.

Doppler and Soundhawk were passionately committed to meeting consumers’ needs for enhanced hearing. But even with an untapped market of millions of consumers with untreated hearing loss, their products didn’t sell. There are many reasons why. But it’s becoming increasingly clear to me that the main culprit is technology. To meet the needs of a mass market of consumers who need hearing assistance, hearables need next-generation technologies. To understand why, let’s look at some of the reasons Doppler folded.

The company’s founder told Wired that it sold only 25,000 of its Hear One earbuds, a fraction of the total needed to attract additional investment. At the end, 15,000 more units remained unsold in the warehouse.

And yet, Doppler had one of the best positioning statements I’ve heard for the emerging class of hearables: “Tens of millions of people will be interacting with audio-based smart assistants, translating hundreds of languages instantaneously, and even going without their phones because smart earbuds will give them access to the people they love and the data they need.” Doppler’s earbuds would be “designed specifically to help those who need to hear better—especially in noisy environments—but don’t want to buy a hearing aid due to cost or social stigma.”

The Doppler earbuds also got some great reviews, like this one in TechCrunch: “The $299 Here One headphones are about far more than listening to tunes, they’re about hearing different aspects of life unfold at the volume you desire. They’re also about buying into the future a tad bit earlier than everyone else and getting to experience something truly unique.”

Concerns about comfort, power, and size

But at the bottom of that review were two warnings: first, the Doppler earbuds weren’t necessarily comfortable enough to keep in your ears all day long; and second, at less than two hours between charges, their battery life was way two short. Both problems touched on technology issues afflicting this entire class of products.

There was also a third problem—their size. In my mind, there’s no getting around the fact that all the entries in the current crop of hearables are simply too big. It’s currently impossible to jam all the technology required for both audio streaming and sound enhancement into a small enough package to fit snugly within your ear canal. Which is why I’ve put size at the top of the list of technologies that I believe must improve before we see a true market breakthrough:

Finally, let me briefly address another constraint imposed by current limits of technology: esthetics. Sure, beauty is in the eye of the beholder. But in this humble viewer’s eyes, all the entries in the current crop of hearables are simply too unattractive for the mass market. The jury is also still out on even the smaller wireless earbuds used mainly for Bluetooth audio streaming. One Millenial I know recently summed up the Apple AirPods nicely: “They work so great I can’t not use them, but they look creepy.” Here again, size is still probably the biggest problem. The bulky first generation of Bluetooth earpieces suffered from a reputation for looking “dorky.” So appearance may be the biggest elephant in the room in any discussion about the emerging hearables market. But new technologies, especially further miniaturization, will enable far more flexible and attractive designs.

Time will tell how and when these technologies will evolve to a point where we see the kind of market emerge for hearables envisioned by the founders of Doppler Labs. Technology moves fast, and I don’t doubt we’ll continue to see substantial investment in new products that get closer to the vision. But I’ll be surprised if we see a mass market develop in 2018.

In the meantime, it will still be worth watching the players who continue to reach for the brass ring. To name two: NuHeara, a publicly held Australian company, has succeeded in establishing global distribution at major retail outlets with its IQBuds; and Bragi, maker of the Bragi Dash Pro, has been in the market for a long time and benefits from a close strategic and development partnership with Big-Six hearing aid maker Starkey Hearing Technologies. Keep an eye out for new, technology-driven developments from these and other players in this space.

(For another great take on the demise of Doppler Labs, including links to multiple additional sources, see Karl Strom’s blog at Hearing Review).