What Are the Causes of Tinnitus?

Tinnitus is strongly associated with hearing loss and in most cases, audiologists believe that tinnitus stems from damage to the outer hair cells of the cochlea. These sensory receptor cells can become damaged leading to less auditory stimulation reaching the brain. This lack of auditory stimulation leads the brain to create sound ‘tinnitus’ to fill in the ‘empty space’.

The case history is a very important part of the evaluation to attempt to diagnose the cause of a patient’s tinnitus. It is necessary to clearly state symptoms and characteristics of tinnitus during this otologic evaluation.  The more information that your doctor obtains, the more likely they will be to establish a correct diagnosis. Some of the questions you will encounter could include the following:

Once all information has been collected and assessed, you doctor will hopefully be able to identify the specific underlying cause of tinnitus and attempt to establish a treatment plan. 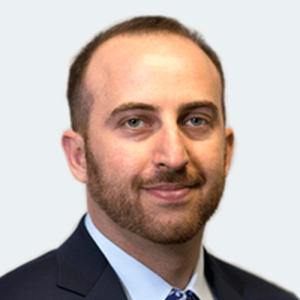 Dr. Eric Sandler, Director of Audiological services at The Hearing Center in New Jersey, graduated from Montclair State University in 2007 with a Doctorate of Science in Audiology.

Thank you for your help. In 2018 i had right eye retina surgery with 10 anesthetics. First time in my life i woke up with static hissing pulsing sensation. Kept face down for 7 days head noise got better but my head didnt feel right. After 7 days the worst top head pain in my life between my head on top. Between top of forehead and crown of head very sharp pain took 800 mg of advil gel everyday for 14 days. My head still didnt feel right like a weird sensation around head then this noise came 1 month later from inside my head. Then it traveled to my right ear ..terrible loud at night 24/7..quiet room creates its own sound, now i hear 24/7 a spring noise of hissing goes with my heart mainly in right ear and sometimes a eeee that goes through the brain to rhe left ear. 2021 i had an emergency appendectomy the same anesthesiologist he said he would leave off lidocaine i did not have the same issue but unfortunately it didn't take the affliction away. Can you please tell me who or what kind of doctor can help me. When it really gets loud its hard for me to even want to survive since the only peace i get is going to bed and taking an over the counter sleep aid. I have a bad cold so it intensified the noise to more piercing and crickets in the head. Any suggestions are very much welcomed i am in.alabama. i am a member of the tinnitus groups on facebook people try to help one another. I have had mri, mrv, mra with and w/o contrast, ct of temporal bones and mrv of neck and ultrasound of neck. And i have had 7 hearing i hate it my hearing is fine. The left ear i have 25 more decibles before i even reach a substantial loss. Its pure torture putting the headset on..i woke up after surgery hearing noise