When Your Hearing Aid Becomes a Fashion Statement

As a child, Mat Hench had great hearing. But, after a series of chronic ear infections, he was left with a significant hearing loss that could not be reversed. He spent his school years and young adulthood trying to find ways to cope with his hearing loss, but rejected hearing aids, because he was too embarrassed to wear them. Avoiding the stigma he associated with them was more important than hearing well. 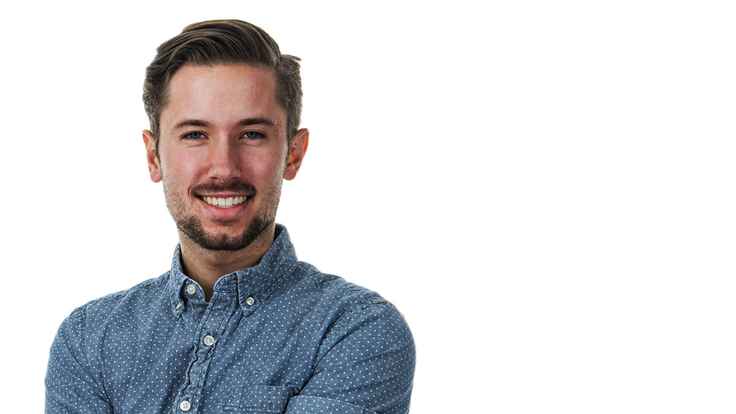 "Like most young people, I didn't want to stand out," he says. "I hate that I ever thought that, but I'm just being honest."

Mat reached a turning point when he embarked on a career in physical therapy. How could he treat patients well if he didn't understand what they were saying? He realized that hearing aids were essential. Much to his relief, after he started wearing hearing aids to work, his patients were far more interested in being heard than in worrying about what was in his ears.

"My patients do not notice the hearing aids unless I point them out," he says. "After I bring it up, they usually do ask a few questions. But I can tell the questions are not with negative intent, but with true curiosity."

In other words, no stigma. Why? Mat points to two possible reasons.

First, new technologies allow hearing aids to double as Bluetooth earpieces, making them far more useful than ever before. Mat can sync his wireless Signia Styletto Connect Bluetooth hearing aids with his iPhone. And that opens up a whole new world of possible applications.

"Honestly, this technology is a huge game changer," he says. "The fact that I can take calls totally hands free and listen to music and watch videos without putting in uncomfortable, ugly, and hot earbuds, is awesome."

Which leads to the second reason hearing-aid stigma seems to be lessening: the hearing aid industry finally appears to be paying attention to design and fashion. 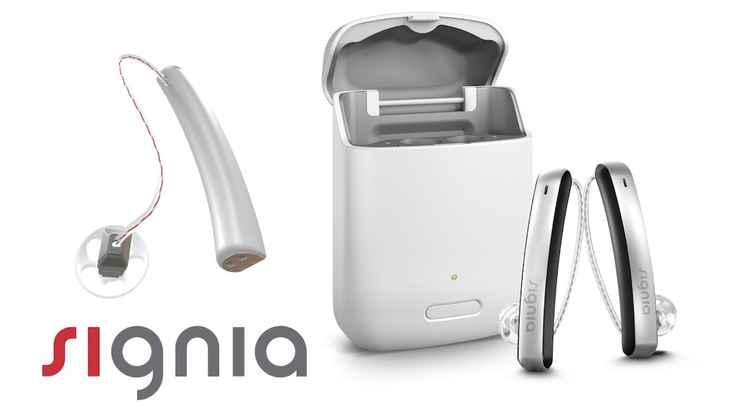 Bluetooth earbuds for sports and listening to music have become popular with young consumers. They are associated with fast-paced active lifestyles. And Apple AirPods, in spite of initial concerns about their unusual appearance, have become a runaway hit with young professionals.

But many of today’s Bluetooth earbuds are large, ungainly, uncomfortable or, as Mat says, simply “ugly.” The hearing aid industry, on the other hand, has spent years solving many of the design challenges associated with developing attractive and highly functional earpieces.

Mat's hearing aids sit inconspicuously behind his ears. Like other open-fit, receiver-in-the-canal hearing aids, a near-invisible wire is connected to a tiny earpiece that sits in the ear canal. The hearing aids deliver sound processed to the exact specs on his custom audiogram.

Equally important, they look unlike any other hearing aids on the market. Signia designers molded advanced lithium-ion batteries into a case that is slimmer than any other behind-the-ear hearing aid. And their slight curve conforms to the natural shape of the back of the ear.

Mat says Signia has finally bridged the gap between hearing aids and fashion. "My Styletto Connect hearing aids are slim and well made," he says. "They are stylish and have a very modern feel to them."

The Signia design team did extensive research on the perception of hearing aid stigma, and looked at design and functional improvements that would minimize or eliminate the perception of stigma for consumers. The team was inspired by the rapid evolution of consumer attitudes towards the Apple AirPods; at first consumers saw them as awkward "ear sticks” that would be easy to lose, and within weeks, AirPods were a certified fashion statement. Just listen to what Vice.com says about them now:

Yes, AirPods are apparently fashionable now. At least according to the fashion crowd. From buyers to editors to models, AirPods have become a top-shelf accessory this season.

The Signia design team also referenced numerous studies indicating that younger consumers have fewer negative attitudes about hearing aids than older consumers. And they studied two key factors in determining the success of a given style: attention and recognition. Attention is what catches a consumer's eye in a crowded market, and recognition is awareness of an already trusted brand. One only has to think of the Nike “Swoosh,” or the hood ornament of Mercedes to understand why those attributes are important. 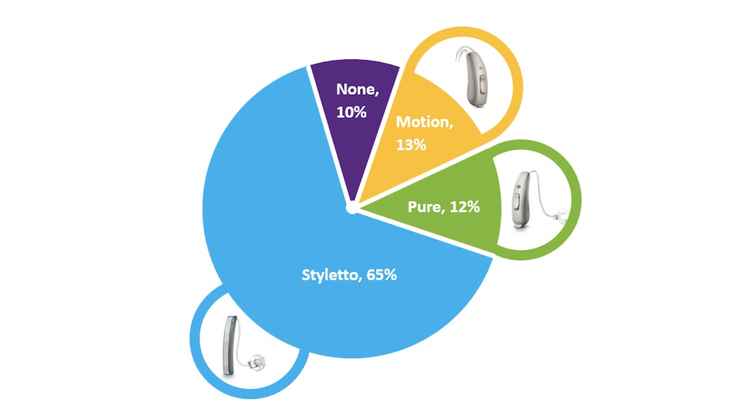 Hearing aid users shown a photo of Signia Pure, Signia Motion, and Styletto were asked the question: "At this hearing center they offer three different hearing aids that meet the requirements of your hearing loss. Which of the three would you be most likely to buy, if any at all?"

While new technology, better functionality, and sleeker designs are lessening the stigma of hearing aids, there's still plenty of work to be done. Mat Hench says education and awareness are the key.

"Stigma is definitely going away, but not on its own," he says. "Education and exposure are mandatory for it to totally disappear. But I really do think these new styles, with Bluetooth and rechargeable technology, are going to make a huge push in the right direction."

"I love when I tell my friends about them, and my friends respond, 'Now I want hearing aids.'"

This sponsored article was published in collaboration with Signia.