Competition Heats Up For Conversation-Enhancing Headphones

Will Alango’s BeHear NOW headsets compete successfully with the popular Bose Hearphones? Alango has a great product with a lower price. Coupled with what I’m calling its “Trojan Horse” distribution strategy, Alango is entering the burgeoning “hearables” market well prepared to compete with the consumer electronics giant. 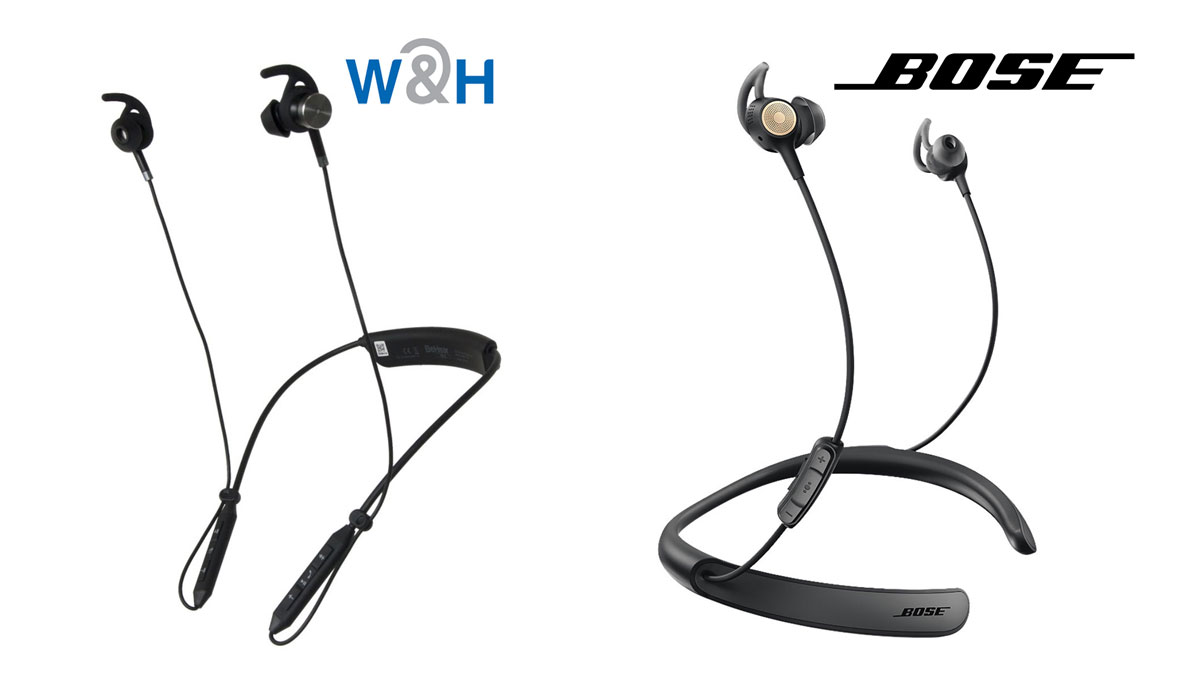 Bose calls its $499.95 Hearphones “conversation-enhancing headphones” that are “specially designed to help you hear in louder environments.” Like other Bose products, they are loaded with great technology. They feature active noise cancellation, directional microphones, wireless Bluetooth streaming of music and phone calls, smartphone app control, and more.

The $249.00 BeHear NOW headset is strikingly similar. It features Bluetooth wireless audio streaming. It’s also a personal sound amplifier that is tunable and customizable from a smartphone, tablet or PC.

Competing on product, price, and distribution

But then we get to some additional distinctions.

Does all this mean Alango will leapfrog Bose in the race to establish market leadership in hearables? Not necessarily. As an established leader in consumer electronics, Bose is able to command premium prices. And both companies, along with numerous emerging competitors such as Nuheara (IQ Buds Boost), will tell you the hearables market is still in its infancy. There will be plenty of room in this wide-open, fast-growing market for new competitors with new products at new prices.

In the meantime, Alango is a small company that until recently has mainly developed very high-end audio technologies that other manufacturers integrated into their products. The BeHear NOW headset, the HearLink transmitter, and the Wear & Hear Store are its first ventures into the rough-and-tumble consumer electronics world. But its combination of innovations in product, price and distribution position it to compete successfully with established brands like Bose in the emerging hearables market.

Bose Hearphones were introduced in 2016. They feature active noise reduction, directional microphones, Bluetooth audio and call streaming, smartphone app control, and more. But with the hearables market heating up, there are now multiple alternatives to consider, some of which offer similar technology at a lower price point.

Alango's BeHear NOW headset, launched in 2018 by Alango's Wear & Hear (W&H) assistive products line, is the most noteworthy Bose Hearphones alternative. Both the Alango and Bose headsets aim to enhance hearing, and both support Class II Bluetooth connectivity. And because both use an in-ear neckband form factor, they are strikingly similar in appearance.

But with BeHear NOW coming in at just $249 (versus $499 for the Bose), price is a major differentiator between the two. And aside from price, there are a number of key differences to consider when comparing the Bose Hearphones with Alango’s BeHear NOW.

Bose enables customization of sound amplification through Hearphones by allowing the user to change the balance between low and high frequencies. The BeHear headset is designed to take customization a step further with an informal hearing assessment (performed through the BeHear companion app) that enables the BeHear NOW headset to provide amplification that is custom-tailored to each person’s unique hearing profile. Alango believes this personalization provides immediate benefit to the average user by providing amplification that selectively boosts the sounds that they have difficulty hearing.

The tone control feature of Bose Hearphones allows the user to perform sound modification in real time. BeHear NOW offers the same functionality using a slightly different approach. The W&H BeHear NOW companion app displays a grid that enables the user to fine-tune the sound, choosing from among 31 different combinations of selective frequency amplifications. The user finds the best sound point for the current environment simply by listening to the result of a tap on each square in the grid. The resulting setting can be discarded or saved to one of the existing presets for repeat use. 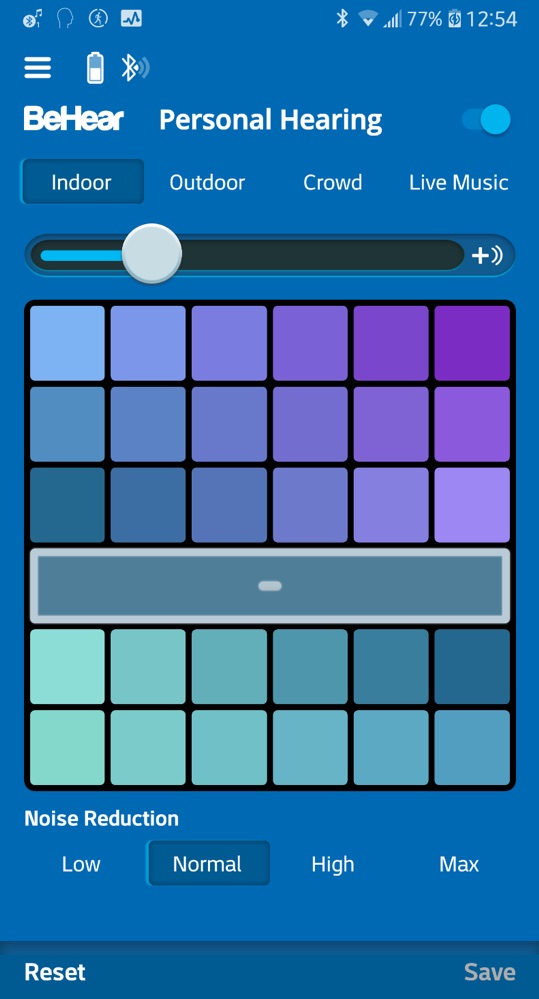 Both Hearphones and BeHear NOW optimize the sound of phone calls according to the user's specific hearing preferences. Manual control of sound levels is an option for both products. But BeHear NOW also does it automatically by optimizing sound according to the results of the user's hearing assessment, amplifying only the frequencies that require a boost, without distracting the user from the call itself.

BeHear NOW also has a solution for conversations with “fast talkers” or people with accents that can lead to frustration. And for often-cryptic voicemail messages, where asking the caller to repeat themselves for clarity is not an option. The proprietary EasyListen™ feature in BeHear NOW dynamically slows down incoming speech (in three different user-selectable speeds) to improve the intelligibility of the caller’s voice. Sophisticated speech analysis is performed, and only those sounds that are important for speech understanding are slowed down, so as not to interrupt the flow of live conversations. Alango believes the result is improved comprehension for both voicemail and live mobile phone conversations.

BeHear NOW can be purchased together with the HearLink™, an optional auxiliary Bluetooth transmitter, for $298. HearLink connects to the analog sound output found on most standard audio devices, including most television sets. It sends the audio signal directly to the Bluetooth-paired BeHear NOW headset, thus eliminating ambient noises, room reverberation, and other types of sound interference that may hamper speech intelligibility or negatively impact the sound quality of music. The BeHear NOW headset can be connected to the HearLink transmitter and to a smartphone at the same time, so the user will never miss a phone call while watching TV (or listening to music). Hearphones are also Bluetooth compatible, and capable of streaming audio via Bluetooth, but Bose currently does not offer a dedicated streaming device to help users get the sound from their non-Bluetooth-enabled audio devices.

Maximum amplification for BeHear NOW is ~43 decibels (dB), while in Hearphones it is ~35dB. For reference, 43dB is just shy of the amplification capabilities of a low-powered hearing aid like the Phonak Marvel operating with its low power (LP) receiver. Additional amplification is helpful for users who need to better understand speech in challenging listening environments. By enabling customization of sound levels based on the user's personal preferences, the amplification can be used only at the frequencies the user requires, and only when needed.

BeHear NOW is priced at $249 for a single unit. Alango also offers a "bundle" combining BeHear NOW with the HearLink™ Bluetooth transmitter for $298. Bose currently sells its Hearphones for $499.

Wind noise can be a very annoying feature for users of hearing aids and other amplification devices that don’t use special protection. BeHear NOW users experience little, if any, wind noise due to a unique, proprietary digital wind noise reduction technology integrated into the headset.

BeHear NOW allows the wearer to hear and be aware of ambient sounds while listening to streamed audio. But what about unwanted noise and other extraneous sounds the user doesn't want to hear? Alango's ListenThrough™ technology allows only “important” sounds to reach the user's ear. Static sounds, and other distant distractions, are blocked.

BeHear NOW comes with three different types of earplugs (mushroom, cone and open fit) in various sizes, and three sizes of in-ear hooks. All told, there are 24 combinations for the BeHear NOW headset to fit virtually any type of ear. Customers appreciate the “open fit” ear buds, which allow slight air passage, alleviating occlusion that many people find uncomfortable.