OTC Hearing Aids May Be Delayed Until at Least Mid-2022

On March 31, The U.S. Department of Health and Human Services (HHS) published its Spring 2021 Regulatory Agenda, which lays out the Food and Drug Administration’s (FDA’s) rulemaking agenda for the next 6 months. Notably, “Establishing Over-the-Counter Hearing Aids and Streamlining Regulations” does not appear on the agenda, as it has on previous agendas.

The Over-the-Counter (OTC) hearing aid rulemaking process has been delayed session after session (Spring 2019, Fall 2019, Spring 2020, and Fall 2020), and has seemingly been “bumped” entirely from the current session, based on the recently published agenda. COVID-19 has likely impacted the FDA’s plans for 2021 and there is an ongoing leadership dilemma at the FDA, with Biden has yet to name someone to lead the agency. A former top FDA official told CNN last week that FDA commissioners feel the agency is “in limbo.”

When reached for comment, Ian D. Ostermiller, J.D., a policy advisor at the FDA’s Office of Policy, explained that not appearing on the agenda does not necessarily mean that OTC hearing aids will not be addressed this year.

Ostermiller noted that “the semiannual HHS inventory does not list all actions that FDA has on the Unified Agenda”, and that per the Regulatory Flexibility Act of 1980, the HHS Agenda may only include “those prospective HHS rulemakings likely to have a significant economic impact on a substantial number of small entities.” Ostermiller went on to say “For purposes of that act (and as defined by it), we do not presently expect the rule for OTC hearing aids to have a significant impact on a substantial number of small entities.”

The appearance of OTC hearing aids on previous versions of the HHS Agenda does raise questions: Has the FDA had a change of opinion on OTC hearing aids and the regulations’ potential impact on “small entities”? Or has OTC merely been delayed again due to shifting priorities / organizational crisis-mode at the FDA?

The Office of Management and Budget (OMB) is due to release its official Spring 2021 Unified Agenda, which may potentially include plans for the FDA to address OTC hearing aids. Ostermiller personally anticipates that OMB will release the update “in the coming weeks” and while he could not definitively tell us what the update will include, he did say that “the proposed rule for OTC hearing aids is under active development and should publish in the foreseeable future.”

That OTC hearing aids don’t appear on the latest HHS Agenda is somewhat surprising given the amount of external pressure on the FDA to make progress. In December, 2019, Senators Warren and Grassley, who originally introduced the Over-the-Counter Hearing Aid Act of 2016, co-authored a letter to then Acting FDA Commissioner, Brett Giroir, seeking answers. The FDA failed to issue OTC rules by the 2020 statutory deadline, and the senators wanted to know when Giroir expected to finalize the OTC hearing aid rules.

Pressure has also come from the Hearing Loss Association of America (HLAA), the “nation's leading organization representing consumers with hearing loss”, and Mass Eye and Ear (MEE), who both called on the FDA to prioritize rulemaking for FDA hearing aids. The letter from HLAA cited consumer confusion resulting from “bad actors” advertising OTC products (when no such category exists, yet), and MEE reminded the FDA of the persistent high prices that keep traditional hearing aids out of reach for many.

While we wait for an official OTC category for hearing aids, misinformation abounds. Websites, like this one, promote OTC hearing aids, while others promote Personal Sound Amplification Products (PSAPs) as a treatment for hearing loss, in direct violation of the FDA’s guidance. The situation has gotten so out of hand that Dr Cliff, AuD recently published an April Fools’ joke on YouTube, suggesting that the FDA was taking action and “shutting down” bad actors.

If the FDA doesn’t address OTC hearing aids during the current session, the timeline would be pushed back to mid-2022 at the earliest. Once the rulemaking meeting occurs, a ~60 day public comment period begins, after which FDA has up to 180 days to issue the final regulations. Conservatively, there is an ~8 month delay from rulemaking meeting to regulation issuance, so if FDA addresses OTC in the Fall 2021 session, we could expect to see new regulations anywhere from June 2022 to February 2023.

Kate Carr, President of the Hearing Industries Association (HIA), informed me that OTC has not appeared on Federal Register Regulatory Agendas in years past, as previously reported: “In years where OTC has appeared in the full Unified Agenda under the agency rules list, OTC did not appear in the similar proposed rule abstract…” This seems to indicate that the FDA’s thinking on the matter of “small entities” is in fact consistent with years past, and that the non-appearance of OTC on the Spring 2021 Regulatory Agenda should not be considered an indication of whether or not OTC will appear on the HHS’s upcoming Spring 2021 Unified Agenda. 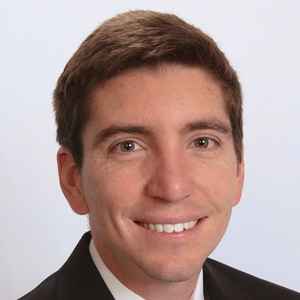 One could argue that the regulations will also impact thousands of small businesses whose livelihoods depend on regulated medical devices.

I know USA has been "in a strange place" for the last four years - but a legislated Act from 2016 and still nothing done about it in 2021?

No wonder the rest of the world thinks USA is a joke.

Is this Big 5 "lobbying" being more powerful than legislation?