How Do I Read a Hearing Test?

You’ve had your hearing tested, now comes time to make sense of the test results. What are those X’s and O’s, triangles and squares, brackets and S’s and U’s? What do those symbols mean – what do they quantify and how do they apply to the real world? It can seem daunting and confusing at first, but once you learn how to read the test it will all make sense. 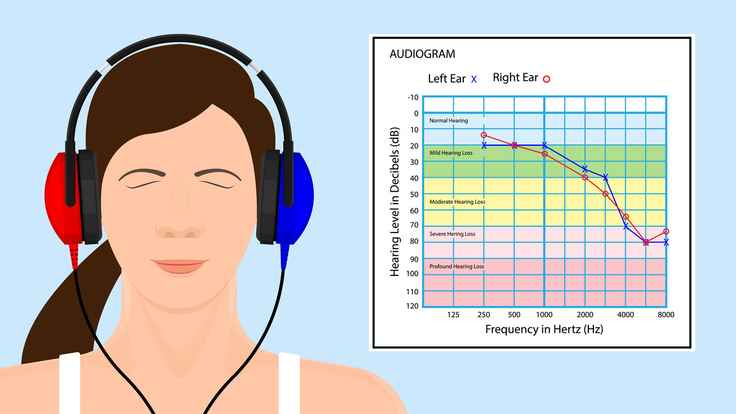 A normal-hearing person can hear these sounds when they’re as soft as -10 dB HL to 20 dB HL. We display these pure tone thresholds on a graph called an audiogram

Down to the Basics

In order to understand the hearing test, one must first understand the basic concepts of sound. Sound is the way we perceive particle vibrations. When something vibrates, it pushes and pulls against the particles around it. Those particles, in turn, push and pull on the particles surrounding them, allowing the sound wave to move through space.

Sound is quantified using three measures: (1) intensity; (2) frequency; and (3) phase. It isn’t important to understand phase for the purpose on interpreting a hearing test, so let’s concentrate on intensity and frequency.

Intensity is the technical term for what we perceive as volume. It’s essentially how much the particles are displaced by the sound wave. The harder the sound wave pushes and pulls on particles, the louder the sound we hear. Intensity is quantified as decibels (or dB) and, while there are different dB scales, the important one to know for your hearing test is dB Hearing Level (dB HL).

Frequency is the technical term for what we perceive as pitch. It’s what allows us to tell the difference between musical notes, or hear inflections in someone’s voice that indicate sarcasm or question, or even tell certain speech sounds apart. Physically, it’s the speed at which the sound particles oscillate, measured as cycles per second or Hertz (Hz).

How Hearing Is Measured

First, we need to establish what frequencies and intensities are important for people to hear. Since we are social animals who use our hearing to communicate with one another, let’s assume that the range of frequencies and intensities people want to hear is that of normal conversational speech. People can hear a frequency range from roughly 20 Hz to 20,000 Hz, but only a small portion of that range contains speech sounds (called phonemes).

We assess how well you hear by finding the softest sounds you hear, called pure tone thresholds, at a range of frequencies (usually 250 Hz to 8,000 Hz). Think of it in terms of sensitivity instead of loudness; the softer the sound you hear, the more sensitive you are to that sound. A normal-hearing person can hear these sounds when they’re as soft as -10 dB HL to 20 dB HL. We display these pure tone thresholds on a graph called an audiogram (see below).

The audiogram is a graph of pitch along the X-axis and volume along the Y-axis. The low pitches are on the left side of the graph and the high pitches on the right side, like a piano. The soft sounds are at the top and loud sounds at the bottom, so the higher you are on the scale the more sensitive you are to the sounds.

Occasionally when there is a big difference in thresholds between ears, you may see squares instead of X’s and triangles instead of O’s. These symbols are used when your audiologist has to apply a masking noise to the opposite ear to get your true thresholds. It’s not really necessary for you to understand how masking works, just know that the squares can be a substitute for the X’s (left ear) and the triangles for the O’s (right ear).

Another part of the exam, called bone conduction, is plotted using the symbols “<” for the right ear and “>” for the left ear. This is the part of the test where your audiologist put the headband on you with the little box behind your ear. Bone conduction thresholds are how well your inner ear (the cochlea) hears. When your audiologist uses masking for bone conduction thresholds, the symbols “[“ and “]” are used as substitutes for “<” and “>”.

You may also see symbols like “U” or “M”. These are other types of scores, used to indicate the volumes you found most comfortable or the loudest volumes you’re able to tolerate. These scores are mainly used for prescribing hearing aid settings.

There are three types of hearing loss that can be seen on an audiogram. The first type of hearing loss, called sensorineural loss, is most commonly due to damage in the cochlea. There are little hair cells in the cochlea that pick up sound vibrations and convert them into a neurological signal that is sent to the brain. Those hair cells can be damaged by a variety of environmental factors like noise or medications, preventing them from picking up sound as they normally would. Sensorineural loss can also be caused by a blockage along the nerve in rare instances.

The second type of hearing loss, called conductive loss, is essentially a problem with sound getting in to the ear. The hair cells can’t pick up sound because the sound isn’t reaching them the way it should. This includes problems like earwax impaction, ear infection, perforated eardrums, or hardening of the bones in the middle ear. Conductive hearing loss can usually be treated by a physician without the need for hearing aids.

The third type of hearing loss, called mixed loss, is a combination of sensorineural and conductive losses. The sound is blocked on the way into the ear, but the hair cells are also damaged. Mixed loss is seen on the audiogram when both the bone conduction and air conduction thresholds are below the 20 dB HL cutoff and are separated by 15 dB or more.

What It Means For You

When it comes down to it, the only one who can accurately describe how the hearing problem affects you is you. Your audiologist can help break down the test results, explain why you are experiencing communication problems, and provide recommendations. But it’s up to you to follow along and voice your concerns. Now with your newfound knowledge of how to read the test results, hopefully you can join in on the conversation with ease! 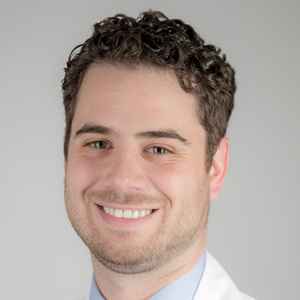 Dr. Evan Grolley is an audiologist and founding member of Link Audiology. Dr. Grolley was raised in Niskayuna, NY.

Thank you so much! I read several articles on how to understand an hearing test on the web but didn’t understand or have all the info I needed until I read your article. You explained it in a clear concise way and covered everything (I just couldn’t figure out what the U’s meant).