Cochlear Ltd. is the world leader in hearing implants. Founded in Australia in 1981, it was among the pioneers who commercialized cochlear implants to restore hearing for people with severe-to-profound sensorineural hearing loss. Cochlear is also a leader in bone-anchored hearing implants for people with single-sided deafness or conductive hearing loss:

Implant systems integrate a complex combination of technologies. Cochlear implants have external sound processors and internal implantable electrodes that deliver sound to the auditory nerve and brain. Bone-conduction implants, sometimes known as bone-anchored hearing aids, collect sound waves from the air and transmit them through vibrations in the skull that reach the hearing nerves in the inner ear.

Cochlear has improved its sound processing technologies in lockstep with advances made by high-end hearing aid manufacturers. Its latest improvements are designed to provide easier management of program settings and better understanding of speech in challenging listening environments:

Cochlear also offers a smartphone app that makes it easy to change programs, adjust volume, bass and treble, and check battery life of the external sound processor without carrying a separate remote control.

Cochlear has stayed at the cutting edge of electrode implant technologies since its inception. It has constantly improved its electrodes in significant ways:

Cochlear’s implanted electrodes are highly reliable and are designed to be used for life. And Cochlear makes sure new generations of external sound processors are compatible with them, so patients get the benefit of new digital technologies as they become available. 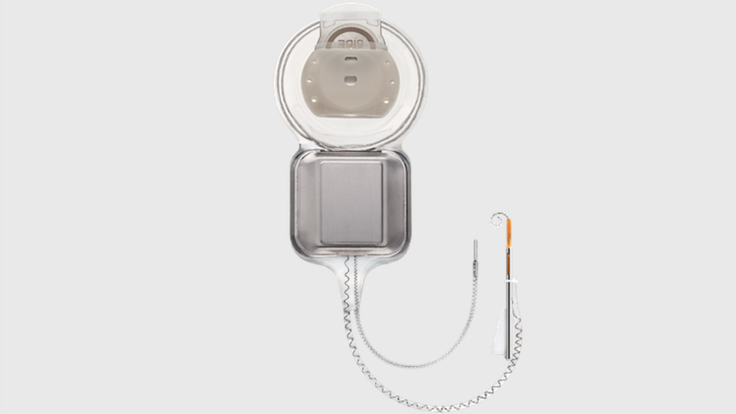 At only 3.9 mm in thickness, Cochlear’s Profile series of implantable electrodes fit snugly under the scalp on the skull. And Cochlear’s Profile Plus electrodes address the problem of magnets in their implants making it difficult for patients to undergo MRI tests, enabling access to MRI’s at 1.5 Tesla and 3.0 Tesla. The magnet can also be removed and replace in outpatient surgery if necessary.

For its cochlear implants and bone-conduction implants, Cochlear provides advanced connectivity with both hearing aids and smartphones. 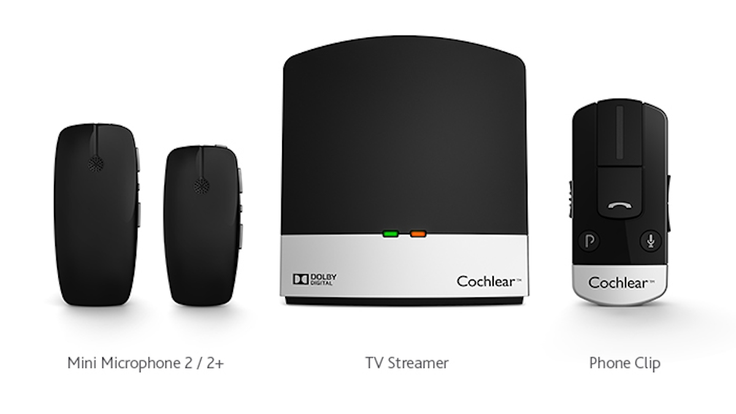 Through its alliance with GN ReSound, one of the world’s top-five hearing aid manufacturers, Cochlear also offers bimodal solutions — coordinating sound processing between a hearing aid in one ear and a cochlear implant in the other. Your ReSound hearing aid can work simultaneously with the same wireless accessories used with your cochlear implant.

Cochlear integrates all the components required for cochlear implant systems. Its Nucleus cochlear implants include an internal electrode array and an external sound processor.

Cochlear says the Nucleus 7 is the industry’s smallest and lightest behind-the-ear cochlear implant processor. And a new chip platform enables improved sound processing and 50% more battery life – providing a full day of use – than the previous Nucleus 6 sound processing system. 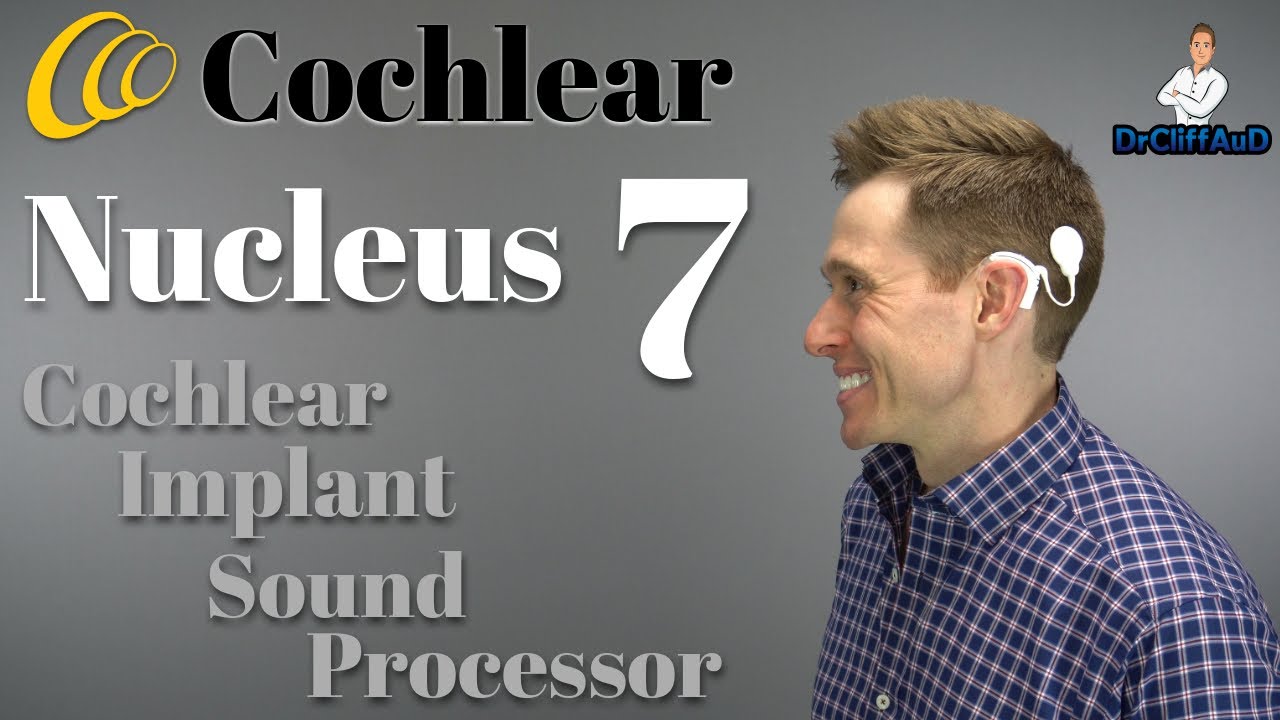 For patients who don’t want a sound processor sitting on their ear with a wire extending to a headpiece linked to the implant, Cochlear puts all the sound processing in a standalone Kanso 2 cochlear implant headpiece. Cochlear says Kanso is the smallest and lightest off-the-ear sound processor available with two microphones. 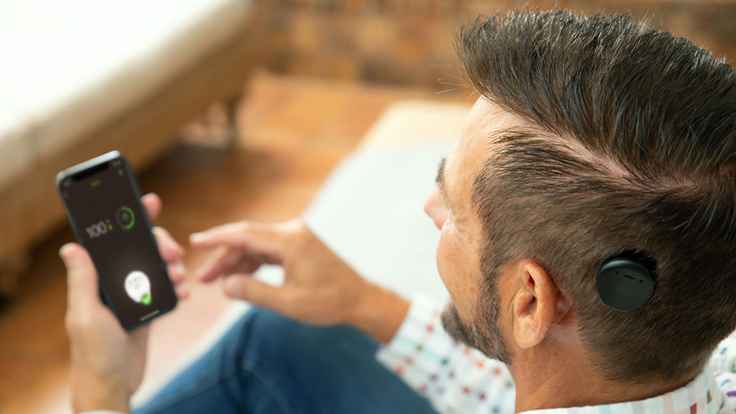 The external Kanso 2 sound processor sits on the head next to the electrode implant that is just under the scalp. under the skin. It captures and processes sound, digitally encodes it, and transmits it through magnetic induction to the implant, which sends the audio signals to the inner ear.

The Kanso 2 Sound Processor, which comes in a range of eight hair-matching colors, has an all-in-one design, with no cables and nothing on the ear to worry about. It magnetically attaches to the implant sitting under the scalp, collecting and transmitting the digitally encoded sound to the implant electrode through magnetic induction.

The Nucleus Hybrid System amplifies the low-pitched hearing a person still has while restoring access to high-pitched hearing that’s been lost. It combines acoustic amplification of low frequencies with the electrical stimulation of high frequencies in one device.

Cochlear’s hybrid hearing system combines two technologies. The first is the same kind of acoustic amplification found in a hearing aid. An acoustic component attached to the end of the Nucleus 7 Sound Processor amplifies the low-frequency natural hearing you may retain after cochlear implant surgery. At the same time, the hybrid sound processor delivers high-frequency digitally encoded sound waves through a special electrode designed to preserve low-frequency hearing. 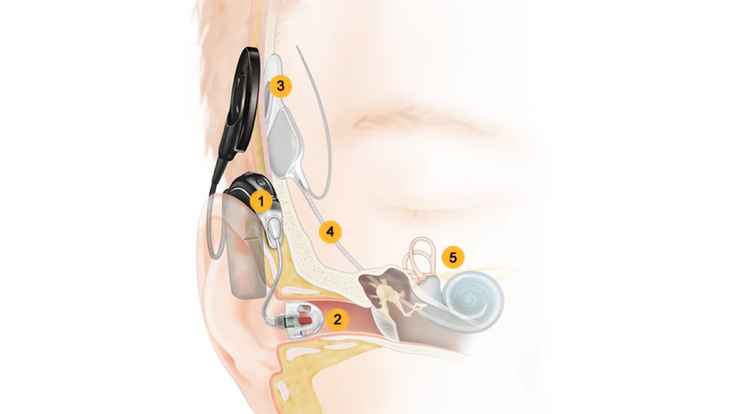 How Cochlear's Hybrid hearing system works: (1) Microphones on the Nucleus 7 Sound Processor pick up the sound and convert it into digital information. (2) The acoustic hearing-aid component amplifies low frequency sound and sends it down the ear canal through the normal pathway of hearing. (3) The high frequency information is transferred via the coil to the Nucleus Cochlear Implant just under the skin. (4) The Nucleus Cochlear Implant sends electrical signals down the electrode into the cochlea. (5) The hearing nerve fibers in the cochlea pick up the electrical signals, combine them with the amplified sounds and send them to the brain where they are interpreted as sound. (Source: Cochlear Ltd.)

Cochlear’s Baha Bone Conduction Implant System is a solution for conductive hearing loss, which occurs when sound waves fail to reach the healthy hearing cells in the cochlea. When organs in the outer or middle ear are damaged or deformed, they sometimes fail to transmit sound waves from the air to the inner ear. A bone-anchored implant can bypass the outer and middle ear organs by transmitting sound waves through the skull directly to the cochlea in the inner ear.

The Baha system is also for people with single-sided deafness. By placing the implant on the side of the head with no hearing and having it transmit sound through the skull to the ear with healthy hearing cells, it enables 360-degree perception of sound.

How does Baha work? Your skull bone is a very efficient conductor of sound waves to the hearing cells in the cochlea. A bone-conduction hearing system collects sound with an external processor and converts the sound waves into vibrations that travel through the skull to the cochlea in the inner ear. When the hearing cells in the cochlea are working well, they convert the vibrations into the electrical pulses carried by the auditory nerve to the brain, which recognizes the pulses as sound. 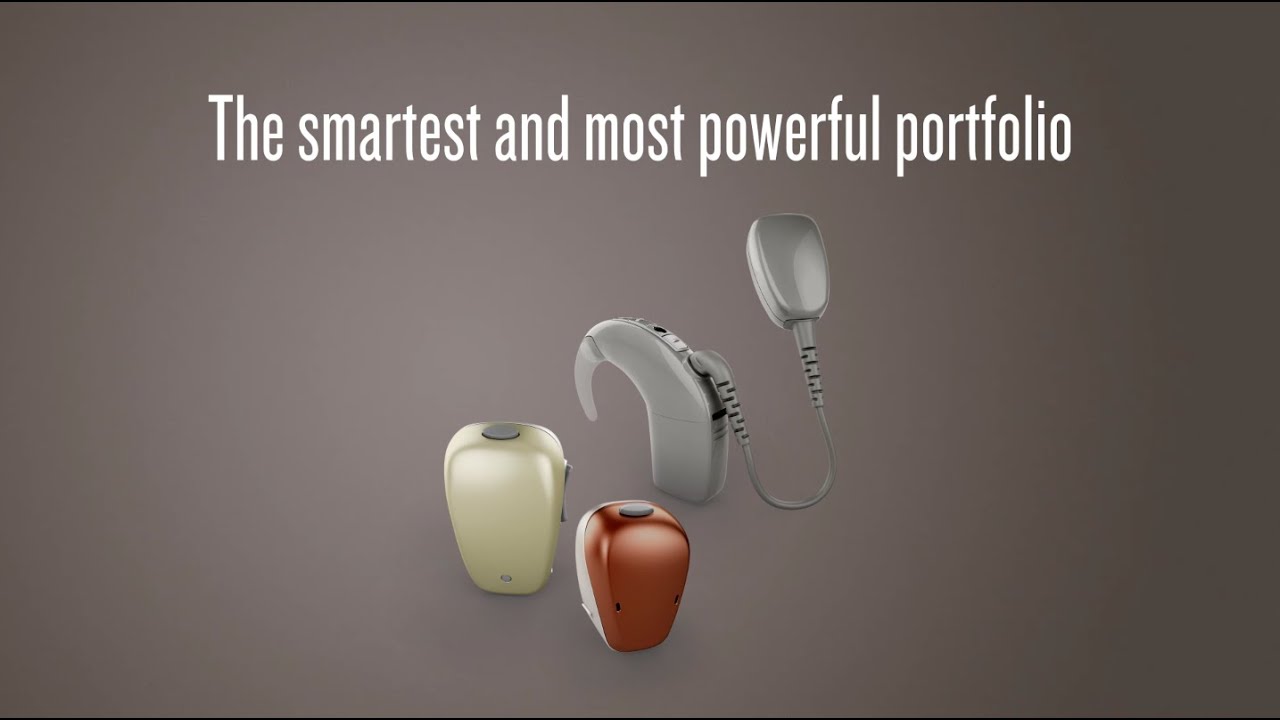 Baha 5 sound processors come in three different versions – standard, power, and super-power – for people with different levels of hearing loss. The standard Baha 5 is a small component that sits discreetly on the head, above and behind the ear. The Baha 5 Power version is slightly larger and provides amplification up to 55 dB. And the Baha 5 Super Power version comes with an over-the-ear processor that connects to the headpiece with a wire; it provides up to 65 dB amplification.

The Cochlear Mini Microphone 2 and 2+ extend the hearing range of Cochlear’s sound processors and improve comprehension of speech in challenging listening situations. By optimizing signal-to-noise ratio in public settings or for one-on-one conversations, the wireless clip-on microphones transmit speech and sound directly to the sound processor.

The Cochlear Wireless TV Streamer sends stereo sound from a TV or other audio device directly to one or both sound processors. 2.4 GHz wireless technology also lets you connect it to multiple computers, music players and other audio devices.

The Cochlear Phone Clip enables wireless streaming of phone calls and music from your smartphone to your implant processor. It’s small enough to clip to your clothing or keep in your handbag or pocket.

The Nucleus Smart App works with the Cochlear Wireless Phone Clip to adjust the sound processor settings across a range of different environments directly from an iPhone or iPod touch, or from compatible Android devices. You can raise or lower volume, view battery life, adjust the mix between wireless audio from the phone and environmental sound, and perform other monitoring and control functions. It also has a “find-my-sound-processor” function that locates your implant processor if you don’t know where it is.

Excellent article however you should include that this involves alot of technology and alot of auditory rehab. This is what happened to me. I read articles like this . I suffered SSNHL x 7yrs Rt side only. Went to ENT and he thought this would benefit me. I was never told what was involved. I am not tech savvy. I thought all I had to do was wear it and I did 7days/12hrs for 2 yrs. My last test in Oct this year showed I have 26% word recognition. Dr said this happens. Not all benefit from it. Even the audiologist did not review what was involved or what I needed to do. All I wanted was something to equalize sound. i might have met criteria for CI but I was never evaluated to see if I could do it. This should be part of the process.