Why Does it Always Have to be So Loud?
By Thomas Kaufmann

Why does it always have to be so loud? That’s the question I’ve been asking myself for more than two decades. And I think I finally found the answer. I wonder if you’ll agree. 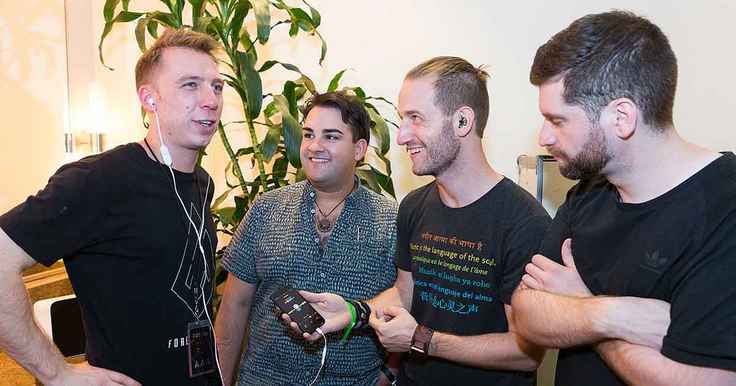 The first time I deeply thought about this question was back in Germany where I grew up. I had started my first business, a booking agency for DJs and musicians, at the age of 18 and was playing a wedding gig. One of the guests walked up to me and yelled —since he was standing right in front of the loudspeaker — “Hey! Can you turn it up louder?” I was puzzled. Wasn’t it already loud enough? I was standing behind the loudspeakers and was considering putting my earplugs in. Yet, somehow, he wanted the music to be louder. Didn’t he know that he was risking noise-induced hearing loss? Why did it need to be louder? I couldn’t make sense of it. Little did I know the journey I would embark on to find the answers.

In my early 20s, I started going to more and more concerts and nightclubs to listen to other DJs and to find inspiration for my own work. Almost every time, the first thing I did after walking through the door was to put in my custom-fit earplugs. These comfortable silicone pieces, equipped with a special filter invented by Mead Killion in the late 1980s, are known as musician’s earplugs. They preserve the clarity of sound while, essentially, turning down the volume of everything around you. Whenever I forgot to bring my earplugs, I would leave the venue mentally exhausted. My ears would be ringing and everyone’s speech sounded muffled. Again, I would ask myself, why does it always have to be so loud? Why do people like to listen to music at volume levels that are literally painful to my ears?

One morning in early 2012, now living as a graduate student in Santa Barbara, I found myself asking similar questions. I was out having breakfast with some friends. One of them, a professional photographer, was complaining about his ears still ringing from the concert he had been shooting the night before at the Santa Barbara Bowl, a 4,500-seat amphitheater. He was standing right in front of the loudspeakers to catch the best shots of the band. I asked him, “Well, don’t you use earplugs?” When he responded, “No, they muffle the sound,” I said, “You have to wear the right ones.” I showed my custom earplugs to my friends at the table; no one was even aware this product existed. Our breakfast ended with another friend asking, “Why don’t you start a business with that?” Challenge accepted! Two months later, OTOjOY was born.

From hearing protection to hearing better

While OTOjOY started out as a simple discussion among friends about hearing protection, I was soon introduced to the Santa Barbara Chapter of the Hearing Loss Association of America (HLAA), where I learned about hearing loop systems. This form of assistive listening technology takes sound from a venue’s sound system and sends it directly and wirelessly to a listener’s hearing aid or cochlear implant without any distortion, echo, or background noise. All the listener hears is crystal-clear sound directly from the sound system.

While this technology has been in use for decades in Scandinavia and the U.K., only a few areas in the United States had adopted hearing loops. At the time I was starting OTOjOY, not a single venue in the Santa Barbara area had been equipped with a system yet. I knew intuitively that this technology could have a significant impact in this community. Together with the local HLAA chapter and another nonprofit organization, we decided to raise awareness about the challenges associated with hearing loss and to start installing the technology in venues around Santa Barbara. Within a few years, Santa Barbara became the most hearing-friendly city in the state of California, which earned OTOjOY the Santa Barbara Mayor’s Award for Outstanding Effort in 2014. But what does all of this have to do with the big question—why does it always have to be so loud?

A key phrase that kept coming up in both my scientific research and in my work with OTOjOY was “signal-to-noise ratio.” In essence, this term describes the relation between the volume of the things that you want to hear and the things that you don’t want to hear. With hearing loop technology, we dramatically improve the signal-to-noise ratio, similar to what noise-canceling headphones do. It takes out the distance from the sound source and the reverberation in the room as well as such distracting noises as the people talking behind you and the clinking of their glasses. However, instead of trying to cancel out noise, it doesn’t let it in to begin with. As I thought about this concept, it dawned on me. Why does it always have to be so loud? Because we want to hear the music and only the music. And since we can’t turn down the noise, our only option is to turn up the music. But—is it, really? I thought otherwise.

Our mission to provide better hearing accessibility at concerts and events brought a few new ideas to light. We have provided hearing loop technology at some of America’s largest music festivals, including Coachella and Stagecoach. Things started shifting during the 4th International Hearing Loop Conference in Berlin, in October 2017, when we invited a few attendees to see ODESZA in concert and to try out our newest product, OTOjOY LoopBuds. These earbuds allow people to access the sound from a hearing loop with a smartphone app, with a much better signal-to-noise ratio compared to using loudspeakers in a large room. When we let people in the audience at these shows experience their favorite band with enhanced clarity while also giving them control over the volume, their jaws dropped. As it turned out, most of them chose to listen to the concert at a much lower volume than was playing over the loudspeakers. 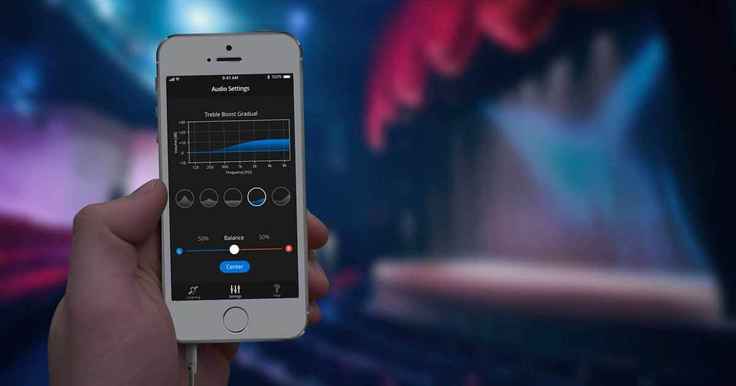 After being introduced to ODESZA’s management and to the musicians themselves, we learned that they not only want to make their shows more accessible to all of their fans, allowing them to be fully immersed in the music, but are also open to promoting “smart” and safe music listening. The main question that came up in our discussion was “what other options are there other than earplugs?” We believe that the answer is “assistive listening for everyone.” By bringing clear, high-fidelity music closer to people’s ears and simultaneously blocking out other noises, we can lower the volume level on the loudspeakers, make the show more enjoyable for everyone, and protect people’s hearing at the same time.

Innovating in the realm of hearing loop technology for the past five years helped me find the answer to the question that had been bugging me for decades: Why does it always have to be so loud? The answer is: It doesn’t.

Seattle-based Harrison Mills and Clayton Knight are ODESZA, who have earned a GRAMMY nomination and Gold singles in the U.S. and Australia. For more, see odesza.com. 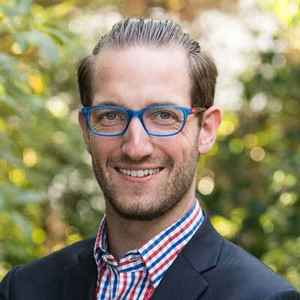 Phoenix-based OTOjOY founder and CEO Thomas Kaufmann studied physics in Germany and has a master’s degree in chemistry from the University of California, Santa Barbara.