I have single-sided deafness. What are the differences between the Widex CROS, Phonak CROS, and Signia CROS hearing aids? 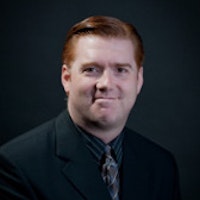 I have quite a bit of experience with CROS technology and single-sided deafness, having conducted four separate studies and individual assessments of unique products when they've been introduced.  So, I'd like to actually present a brief history on CROS technology to serve as a foundation for my recommendations.

CROS technology has actually existed for a few decades, but prior to 2005 was fairly rudimentary.  Most manufacturers offered a solution utilizing a physical cord extending from one device to the other.  Most patients found this cumbersome and reluctantly used it.  In the 1980s, a company by the name of Telex developed a wireless CROS system utilizing radio frequencies to transmit from one side to the other, eliminating the need for the cord.  As a result, it became the preferred system for many years.  However, Telex did little to develop their system beyond this, so when digital technology was introduced in the mid-1990s they were unable to keep up competitively, ultimately eliminating their hearing aid division in 2004.

This released their patent on wireless CROS technology, allowing other manufacturers to now develop their own.  Within a year, Phonak, Unitron and Interton developed CROS systems (which formed the basis of our first comparison study).  Each had their own advantages and disadvantages, but you could ascertain that the companies that were the most successful were those that continued to produce these systems and develop them further.  By 2012, both Unitron and Interton had dropped their systems, but Widex became a new player, and then in 2016 both Signia and Starkey introduced their own.

So, there are currently actually FOUR CROS systems now available, and we are in the process of completely our current comparison study (which has had 28 participants since August of 2016).  As others in this thread have mentioned, each product has its own advantages and disadvantages.  I would prefer to keep the results regarding performance withheld until our study is formally published, but some obvious points can be addressed here, items which won't be contested by anyone reviewing this post.

Phonak leading advantages relate to size and cosmetics, having the smallest available products.  In addition, Phonak is currently the only manufacturer offering a custom in-the-ear or in-the-canal model.  Likewise, since their transmitters can be paired with any of their wireless hearing aid systems, they also have a compatible super power model (the Naida), offering the greatest coverage for hearing losses out of all four manufacturers, from mild to profound.  Some disadvantages relate to battery life (the shortest out of all four manufacturers) and limited performance in background noise for their lower technology models; the "50" level products do not utilize a directional microphone feature on the transmitter side, which undermines the directional performance on the hearing aid side.  Note that their higher-level products, the "70" and "90" models, do utilize quite advanced directional technology for both sides, so you can get excellent performance in background noise if you go with the more expensive models.  Phonak is also a bit more limited on options for tinnitus management.

Widex, who is second to Phonak in how long they have been offering wireless CROS technology, has some fairly advanced features as well.  They are limited in form factors, producing only a medium-sized behind-the-ear model ("Fusion") and a slightly larger behind-the-ear version ("Fashion"), but no seriously smaller or custom in-the-ear models.  In addition, they have a bit more limited range in hearing losses they can serve, to only mild to severe losses.  They do, however, utilize their directional microphone features more comprehensively at all four technology levels (where Phonak's isn't as available at the lower levels), so there are more economical options available with good performance in background noise.  Widex also has the most comprehensive features available for tinnitus management as compared to the other three manufacturers, making it my product of choice for patients who have serious issues in this area.  Battery life is significantly better than Phonak's.

Signia and Starkey can be lumped together to a certain degree, with overlapping features and offerings as compared to Phonak and Unitron.  Both are currently limited to only one form factor (small behind-the-ear), with no custom or miniature options.  Like Widex, both do utilize directional microphones at all technology levels on both sides, giving them an edge over Phonak's lower level technology but not necessarily better than their higher levels.  Both have good battery life, similar to Widex but better than Phonak.  Where they differ is in two areas:  Starkey's system does offer a special music processor, which is supposedly better for sound quality; Signia offers a newly introduced tinnitus management feature known as "notch filtering."  I have yet to see any independent comparison studies evaluating these special features, so cannot attest to whether they make any difference, but they could be taken into consideration when looking at unique needs of the patient.  Both could provide me with yet additional studies to complete in 2017 and 2018.

In summary, when considering a CROS system, as with any hearing aid, the basic features of performance (hearing in quiet, reliability of CROS transmission, etc.) may be fairly equal, but secondary and tertiary features (i.e. performance in background noise, battery life, tinnitus features, music sound quality) should also be taken into account and preferences on these features will vary from patient to patient.  Note that our comparison study did note some distinct performance variations between the four products, suggesting some products are consistently better than others, even in the most basic aspects, but this is not an appropriate forum to go into details about this yet, and it is still premature since the study is still in its final stages.  I anticipate a possibility of releasing the findings in July, 2017. 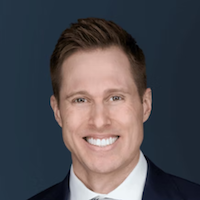 There are not a lot of differences between these three companies other than personal preference.  However, Widex and Phonak have disconnect signals that are given when the aid and transmitter are separated from each other.  Signia just got into the CROS game, but their devices seem to perform well.  I have had the most luck with Phonak.  Every time I try to use another manufacturer for CROS or BiCROS, I keep coming back to them due to performance and durability.  Wish there were more differences to elaborate on, but nothing dramatically different between the 3. 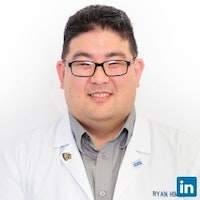 In our experience with all three solutions with CROS systems, that they are good solutions for the particular individual.   First and foremost please know that there is no rechargeable CROS system available from these companies.  Although Phonak and Signia do have rechargeable solutions, they do not have any CROS pieces that are rechargeable.   As far as the differences with manufacturers.  Phonak does have the ability to create custom CROS systems that you can incorporate a size #13 batt, and also have the variety of BTE styles at your disposal.  The other companies (Widex and Signia) do not have custom as an option for the transmitter, but you are allowed to mix and match as we have found out.   This can lead to some confusion but with the right instructions and patience, it can work.  Phonak and Signia have the ability to use on board volume control for the hearing instrument, as Widex you will not be able to control volume or preference controls as they call it.  Even if you use a RC-Dex (Widex Remote Control), it will be intermittent control with the Widex platform.  If you are looking to have some control over the volume of the instruments, quite frankly Widex is not the solution for you.  To the professional, programming is quit simple on all platforms, however with the Signia and Widex platforms, they are paired and programmed as accessories, somewhat irritating those familiar with the Target software from Phonak.  It is important to note that Widex Unique's Platform is the most current tech that is incorporated with a CROS transmitter, not their latest Beyond platform.  Phonak Belong Platform does have a CROS transmitter for the Belong Platform, but for customs....it's still the Virto with their CROSII, Signia is still on their Primax platform  but we are looking into their new Pure 13 BT, still has that Primax chip but have not tested it with the CROS transmitter.  It is also important to note, if the patient wants connectivity without a streamer, the Signia Pure BT is the only of the three company's that stream from iPhone to Hearing aids without a streamer that one needs to wear. Com-Dex is needed for the Widex, as well as icompilotII or compilotair for Phonak.  However that is for the individual that wants streaming, and control with the apps provided as well from the manufacturers.  Out of the three manufacturers, Phonak has always been a solid recommendation for our patients who need them. 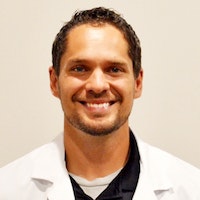 Our office has worked with all three of these manufactures and Starkey. It really comes down to patients preferences. We have has success with all manufactures.