Why I Avoided Hearing Aids

And Now Can’t Live Without Them
By Jeffrey Rothchild

A little over a year ago, my wife and I attended a holiday party in our hometown of Park City, Utah. While I've never been much of a "party guy," on this night I happily spotted an acquaintance with whom I wanted to catch-up. Over I went. As we began chatting, I realized that I could not distinguish any words. Instead, I was bombarded by a jumble of roaring sounds. I did my best to nod my way through the conversation.

I started to feel agitated, and my wife immediately noticed, as she always does. She gave me a look that said, "Is everything okay?"

I felt a new kind of pain coming from—my ears? My head? I wasn't sure it if was a panic attack or my brain just firing on overload. It felt as if I was being suffocated by all of the sounds.

"We need to go," I told my wife. Something was wrong, very wrong.

Making Sense of That Awful Evening

That was a first for me—having to leave a party. But long before that night, I had been dodging loud social situations. When my wife and I were invited to events that would be noisy, I'd opt out, perhaps choosing to hang out with the kids while my wife attended without me. At smaller get-togethers, I'd somehow survive by focusing on the people right next to or in front of me.

This had gathered steam over a couple of years. If the thought crossed my mind that I might have a hearing impairment—or if my wife wondered about it when I complained about the noise level in a room— I banished it with denials and excuses. I just like having small group conversations. I enjoy that more. No way am I losing my hearing, I reasoned. After all, I have always listened to music at safe levels. I wasn't even 50. Surely, hearing loss wasn't the problem.

Until the night that my situation became physically painful, I had refused to believe the signs that my ears were the issue.

On the drive home, I turned to my wife and said, "I think it's time for me to see an audiologist." Her response was, "You think?" – our sarcasm-laced shorthand for "Finally!"

As soon as we arrived home, I dug into research—which I love. What I found scared the hell out of me. Untreated hearing loss, especially in people my age (49), typically goes on for at least 10 years before people seek help, and it may be a contributing factor to all kinds of health issues including dementia. That was all I needed to know; I could not request an appointment with an audiologist fast enough.

Some of my research was encouraging: Hearing devices are even more cutting-edge and cool than what I'd seen the last time my dad showed off his hearing aids. (What can I say? The love of tech gadgetry runs strong through the generations.) To me, it's fun to pore over the details of the latest advances—I checked out options from brands like Phonak and Starkey, figuring out which features would be most valuable to me. I stashed away this info about which hearing aids I'd want—if I needed them.

A week later, we were sitting in the audiologist’s office. After a thorough exam and a battery of hearing tests (I hadn’t had any since grade school), he diagnosed a mild loss in the high frequencies. Based on the “normal” range of hearing, it was a minor deficit, but it is well documented that even a mild hearing loss can lead to significant difficulties hearing in background noise—the exact problem I was experiencing.

Then came decision time. I asked the audiologist about the impact of waiting to get hearing aids, and he said, "If you get them now, you will have a much better quality of life."

That was all I needed to hear. I purchased the Starkey Livio AI with all the latest features I wanted. Yes, they were super-expensive, but for a device that promised to make a big, positive impact on my life, why would I not want the very best? I can tell you that after almost a year, they are worth every penny and more. Especially to a music lover like me, who listens to music most of my waking hours and plays the piano often. Being able to hear the nuance of every note has been a priceless experience.

As we left the appointment, I turned to my wife and said, "Look, let's not make a big thing about this. I'm not going to hide it, of course, but I don't need to advertise."

Shouting It from the Rooftops

A week or two later, I got my hearing aids and was marveling at the difference they made. Forget that, "I don't need to advertise" line of mine! I began sharing this great new development in my life with my friends and business associates. I enjoyed showing off the features: integration with my smartphone, say, and real-time language translation. I demonstrated how I could make phone calls with them and even stream music without anyone nearby knowing. Many remarked that they'd been wondering about getting their hearing checked—I encouraged them to do so ASAP.

Within a few weeks, we were in New York City for a truly wonderful trip. My hearing aids made such a difference. I was able to participate in dinner conversation with my entire (very loud!) extended family at a noisy midtown restaurant. Then we were off to the highlight of our vacation. My wife, our younger son and I attended our older son's choral performance at Carnegie Hall. I savored every note—and even picked out my child's voice from the 100 or so other singers on stage. It was a very proud, thrilling moment for me. Out in the crowded (pre-pandemic) lobby, we continued the celebration. It was such a different experience from the pain I had at that turning-point party just a couple of months earlier. But that bad evening had led to one very good decision: Getting my hearings aids. 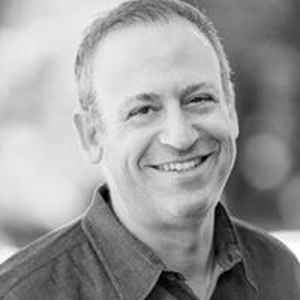 Jeffrey Rothchild is a marketing agency owner with hearing loss. He spends his free time making music with and for his family.

Great article but you said you immediately bought the StarkeyLivio AI with all the latest features and super expensive. You ever said how you researched and why you bought that particular aide. At $6-7K, not everyone is in a position to do that. Over the ear or in the ear? The market, I found out is flooded with entries from 89 on up to thousands. I had good ones ‘in the ear’ but they were old and eventually misplaced them, so I holding off because of that. The audiologist I saw would not recommend a brand but believed the behind the ear may have better acoustics. Even BOSE I found, has them now. Should I start less expensive and move up?